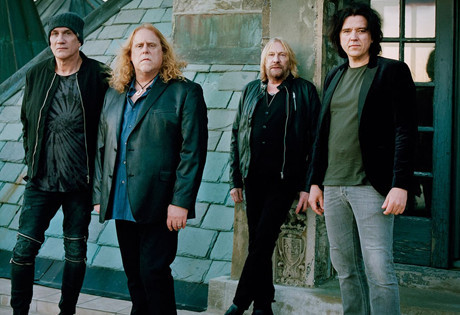 Start by filling out our no-obligation entertainment request form to check pricing and availability for Gov't Mule or whoever else you may want.

Our Gov't Mule agent will be happy to help you get Gov't Mule's availability and booking fee, or the price and availability for any other A-List entertainer, band, comedian or celebrity you may want for your corporate event, private party, wedding, birthday party or public show.

Gov’t Mule was formed in the early 1990’s, originally as a side project for Allen Woody and Warren Haynes, who were playing with the Allman Brothers Band at the time. With the addition of Matt Abts on drums, the three released their self-titled debut album in 1995 and began performing regularly on the festival and jam band circuit. Live from Roseland Ballroom came next in 1996, and the second studio album Dose in 1998. Around the same time, Gov’t Mule also began a series of New Years Eve concerts which still remain an annual tradition today.

Unfortunately, the success of their next album, Life Before Insanity, was tempered by the untimely death of Allen Woody in 2000. Matt Abts and Warren Haynes forged forward as a duo, performing with Ben Harper, and Haynes began performing again with the Allman Brothers Band. By 2001, Warren had returned to the Allman Brothers full-time, but maintained Gov’t Mule and began to split his time between the two bands, and a search for a guitarist to place Woody ensued.

The search launched the recording of The Deep End, Volume 1 (2001) and The Deep End, Volume 2 (2002), which featured a revolving door of guest guitarists performing in place of Woody. Notable guitarists on these albums include John Entwistle, Jack Bruce, Les Claypool, and Chris Squire. The documentary Rising Low, spawned from the experience, was also created by Mike Gordon, bass guitarist for Phish. Eventually, guitarist Andy Hess came on board to replace Woody, and Danny Louis was added on keyboards, and Gov’t Mule has toured extensively ever since, continuing to record a number of albums and performing at annual music festivals such as Mountain Jam, the New Orleans Jazzfest, Wakarusa, and Bonnaroo. Hess left the band in 2008, to be replaced by guitarist Jorgen Carlsson, and Gov’t Mule currently continues to perform and record with the current lineup of Haynes, Abts, Louis, and Carlsson.

In addition to regular performances throughout the year, Gov’t Mule hosts an annual fundraiser for Habitat for Humanity, in Warren’s hometown of Asheville, North Carolina. Each year, the Annual Christmas Jam brings in such notable big name performers as Peter Frampton, Jackson Browne, Grace Potter and the Nocturnals, the Counting Crows, Bruce Hornsby, and Sheryl Crow. To date, Warren Haynes and Gov’t Mule have raised millions of dollars for the organization and built more than twenty homes for local families.

For more information on booking Gov't Mule, please contact Booking Entertainment. One of our top booking agents will be happy to work on your behalf to get you the best possible price to book any big name entertainer for your upcoming public, private or corporate event worldwide.

Booking Entertainment works to get the best possible Gov't Mule booking fee and Gov't Mule price for our clients while also providing the celebrity or famous entertainer with the level of professionalism and industry norms that they expect from an event run by a professional booking agency and production management.

Booking Entertainment uses our agency / management relationships and over 25 years of production experience to help buyers of headline / top name entertainers and does not claim or represent itself as the exclusive Gov't Mule agent, manager or management company for any of the artists on our site.

Booking Entertainment does not claim or represent itself as the exclusive booking agency, business manager, publicist, speakers bureau or management for Gov't Mule or any artists or celebrities on this website.