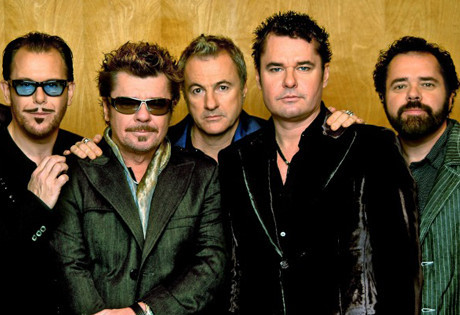 Start by filling out our no-obligation entertainment request form to check pricing and availability for INXS or whoever else you may want.

Wondering how to book INXS for your event? Let Booking Entertainment be Your entertainment booking agency for booking INXS for events worldwide.

Our INXS agent will be happy to help you get INXS's availability and booking fee, or the price and availability for any other A-List entertainer, band, comedian or celebrity you may want for your corporate event, private party, wedding, birthday party or public show.

The rock band INXS came together in 1977, when brothers Andrew Farriss and Tim Farriss, who each had been playing in separate high school bands, decided to join forces and merge the two. With the addition of Michael Hutchence, John Farriss, Kirk Peningilly, and Garry Gary Beers, INXS began playing the local pubs in Australia, and within a year, the group had acquired a record contract.

INXS, the group’s debut, was released in 1980. Both the debut and its successor, Colours, were successful enough to help INXS branch out from their Australian contract and to acquire an American one. INXS released its United States debut, Shabooh Shoobah, and on the strength of the single “Don’t Change,” began to establish a strong fan base.  With the assistance of Producer Nile Rogers, the 1984 album Swing featured another hit, “Original Sin,” as did the follow-up album, Listen Like Thieves (1985), with the single “What You Need.” But it was the next album that would fully rocket INXS to stardom. Kick was released in 1987 and firmly established INXS as superstars. Within a year, on the strength of four key singles - "Devil Inside," "Need You Tonight," "Never Tear Us Apart,” and "New Sensation" – the album reached multi-platinum status.

Additional albums followed, including X (1990), Welcome to Wherever You Are (1992), Full Moon, Dirty Hearts (1993), and Elegantly Wasted (1997.) However, in 1997, INXS suffered a tragic loss: Michael Hutchence was found the victim of an apparent suicide, having hung himself in his Sydney hotel room. The loss was devastating to the band, and moving forward seemed unlikely, but they forged ahead. Jon Stevens joined the band in 2002 as Hutchence’s replacement, and INXS moved forward again, recording, performing, and touring.

Stevens left the band in 2003, however, and INXS tried an unusual approach to finding another replacement. Through a reality show, Rock Star: INXS, the band embarked on a contest to find a new lead singer. J.D. Fortune earned the spot, and once again INXS moved forward, releasing the album Switch in 2005. It was the first new INXS album in almost eight years. In 2010, INXS released another album, Original Sin (2010) and performed extensively in support of it. A few years later, in 2014, the group’s story was chronicled in a highly rated Australian television mini-series, INXS: Never Tear Us Apart.

Thus far in their history, INXS has recorded sales exceeding fifteen million in the United States, earned three Grammy nominations, and established themselves as the third-highest selling Australian music act in the US. They are credited with paving the way for the success of future Australian bands in the United States.

For more information on booking INXS, please contact Booking Entertainment. One of our top booking agents will be happy to work on your behalf to get you the best possible price to book any big name entertainer for your upcoming public, private or corporate event worldwide.

Booking Entertainment works to get the best possible INXS booking fee and INXS price for our clients while also providing the celebrity or famous entertainer with the level of professionalism and industry norms that they expect from an event run by a professional booking agency and production management.

Booking Entertainment uses our agency / management relationships and over 25 years of production experience to help buyers of headline / top name entertainers and does not claim or represent itself as the exclusive INXS agent, manager or management company for any of the artists on our site.

Booking Entertainment does not claim or represent itself as the exclusive booking agency, business manager, publicist, speakers bureau or management for INXS or any artists or celebrities on this website.