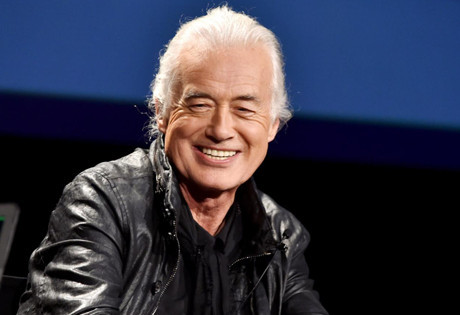 Start by filling out our no-obligation entertainment request form to check pricing and availability for Jimmy Page or whoever else you may want.

Our Jimmy Page agent will be happy to help you get Jimmy Page's availability and booking fee, or the price and availability for any other A-List entertainer, band, comedian or celebrity you may want for your corporate event, private party, wedding, birthday party or public show.

Legendary musician Jimmy Page grew up in West London and began playing the guitar at the young age of thirteen. While he briefly played with the Yardbirds in 1965, as Eric Clapton’s replacement, it was as the guitarist for Led Zeppelin that Page would make his mark in music, going on to become one of rock’s most significant guitarists and producers.

After the Yardbirds disbanded in 1968, Jimmy Page coordinated with John Paul Jones with plans for a new band. A recommendation from another musician led to the discovery of Robert Plant, and Plant recommended John Bonham, and Led Zeppelin had its foursome. Initially going by the name the New Yardbirds, they eventually adopted the name Led Zeppelin and toured the United States in 1969 as an opening act.

Led Zeppelin released its first album in 1969, and it quickly rose to the top ten. Led Zeppelin II was even more successful, reaching the number one spot merely months after its release, and from there on out, Led Zeppelin became one of the most iconic rock bands in music history, releasing a string of successful albums: Led Zeppelin III (1970), Led Zeppelin IV (1971), Houses of the Holy (1973), Physical Graffiti (1975), Presence (1976), and In Through the Out Door (1979.) Following the tragic death of Jon Bonham, Led Zeppelin decided to disband in the early 1980’s. Their last release together was Coda, in 1982, a collection of outtakes and earlier recordings.

Jimmy Page moved on to collaborative projects in the years following, and crafted the soundtrack for Death Wish II. He contributed to Robert Plant’s solo debut, Pictures at 11, and then in 1984 founded the Firm, releasing two albums to mixed reviews and moderate success. Their debut album, The Firm, launched the singles “Satisfaction Guaranteed” and “Radioactive,” and Mean Business came next in 1986. The Firm expired, however, and Jimmy Page again reunited with Robert Plan to record No Quarter, a blend of new material and some old Led Zeppelin material. It reached number four on the charts, and in 1995, Page and Plant launched a tour to further promote the album. Walking into Clarksdale followed in 1998, with the single “Most High,” and the album reached number eight on the charts.

In the new millennium, Jimmy Page has performed as part of the Led Zeppelin one-night reunion performance in 2007, and then appeared in the documentary It Might Get Loud. While his live performances have dwindled, Paige still makes public appearances; he was recently featured on the BBC Radio 2 show Johnny Walker Meets, in a two hour interview. Page’s legacy includes a listing in the top ten of the 100 Greatest Guitarists of All Time. He and his Led Zeppelin band mates were recently awarded the Kennedy Center Honors for their influence on American culture and the arts. In 2014, Page was presented with an Honorary Doctorate Degree from Berklee College of Music.

For more information on booking Jimmy Page, please contact Booking Entertainment. One of our top booking agents will be happy to work on your behalf to get you the best possible price to book any big name entertainer for your upcoming public, private or corporate event worldwide.

Booking Entertainment works to get the best possible Jimmy Page booking fee and Jimmy Page price for our clients while also providing the celebrity or famous entertainer with the level of professionalism and industry norms that they expect from an event run by a professional booking agency and production management.

Booking Entertainment uses our agency / management relationships and over 25 years of production experience to help buyers of headline / top name entertainers and does not claim or represent itself as the exclusive Jimmy Page agent, manager or management company for any of the artists on our site.

Booking Entertainment does not claim or represent itself as the exclusive booking agency, business manager, publicist, speakers bureau or management for Jimmy Page or any artists or celebrities on this website.