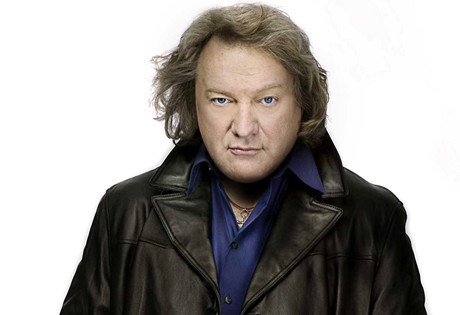 Start by filling out our no-obligation entertainment request form to check pricing and availability for Lou Gramm (Foreigner) or whoever else you may want.

Lou Gramm was born 1950 in Rochester, New York. Gramm began playing around in local bands, and eventually began his actual career in music with the band Black Sheep.  When Mick Jones was seeking a new vocalist for the band which would become Foreigner, he offered Lou the job and he accepted.  With Foreigner, Lou Gramm provided the vocals for some of the band’s most iconic hits, including: "Feels Like The First Time", “Waiting for a Girl Like You,” "Cold As Ice", "Hot Blooded", “I Want to Know What Love Is,” "Urgent", "Double Vision", "Juke Box Hero", "Head Games", "Dirty White Boy" and "Say You Will".

When Foreigner took a hiatus in 1987, Lou Gramm released his solo debut, Ready or Not, featuring the hit single “Midnight Blue.” By the end of the decade, Gramm had left Foreigner permanently.  He initially formed the band Shadow King, but the group’s debut was unsuccessful, and so after being dropped by their label, Lou Gramm returned to Foreigner to record music for The Very Best of… and Beyond. Mr. Moonlight followed, to moderate success in the United States.

The 1990’s proved difficult for Lou Gramm, after he was diagnosed with a benign brain tumor that affected his vocal ability. Nevertheless, he forged ahead with Foreigner into the new millennium, until in 2003, when Gramm again left Foreigner to begin recording Christian music with his brothers, Richard Gramm and Ben Gramm.

Today, Lou Gramm performs as “Lou Gramm, the Original Voice of Foreigner,” with the current lineup of Gramm, Ad Zimmer, Michael Staertow, Scott Gilman, Rob Mount, and Jeff Jacobs. Gramm recently performed alongside the current incarnation of the band Foreigner in 2017, at the group’s 40th anniversary performance in New York.

For more information on booking Lou Gramm (Foreigner), please contact Booking Entertainment. One of our top booking agents will be happy to work on your behalf to get you the best possible price to book any big name entertainer for your upcoming public, private or corporate event worldwide.

Booking Entertainment uses our agency / management relationships and over 25 years of production experience to help buyers of headline / top name entertainers and does not claim or represent itself as the exclusive Lou Gramm (Foreigner) agent, manager or management company for any of the artists on our site.

Booking Entertainment does not claim or represent itself as the exclusive booking agency, business manager, publicist, speakers bureau or management for Lou Gramm (Foreigner) or any artists or celebrities on this website.