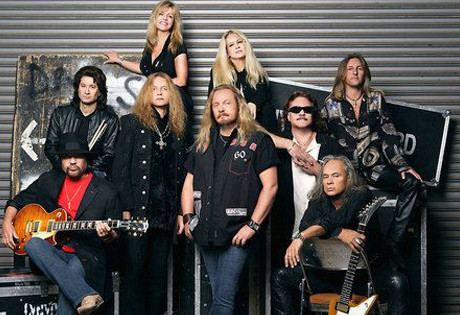 Start by filling out our no-obligation entertainment request form to check pricing and availability for Lynyrd Skynyrd or whoever else you may want.

Our Lynyrd Skynyrd agent will be happy to help you get Lynyrd Skynyrd's availability and booking fee, or the price and availability for any other A-List entertainer, band, comedian or celebrity you may want for your corporate event, private party, wedding, birthday party or public show.

Lynyrd Skynyrd came together in Jacksonville, Florida, when Allen Collins, Ronnie VanZant, and Gary Rossington formed a band called My Backyard. Billy Powell and Leon Wilkeson came on board, and the band changed their name to Lynyrd Skynyrd, in mocking tribute to one of their high school teachers.

Lynyrd Skynyrd found themselves signed to MCA after a producer watched them play in Atlanta in 1972. Their debut album was released in 1973, and "Free Bird" launched them to success. Second Helping followed in 1974, and the hit single "Sweet Home Alabama" went multi-platinum and reached number twelve on the charts.

Nuthin' Fancy followed in 1975, becoming Lynyrd Skynyrd's first top Ten hit, and Gimme Back My Bullets came after in 1976. The band toured constantly, maintaining a steady following, and even documented the tours on the album One More from the Road, released also in 1976. A sixth album, Street Survivors, was released in 1977.

Shortly after its release, tragedy struck the band. A privately chartered plane crashed while carrying the band between shows. Ronnie VanZant, Steve Gaines, and Cassie Gaines, a backing vocalist, were killed in the crash, and the remaining members all injured. Lynyrd Skynyrd disbanded, but not before releasing a collection of demos, called Skynyrd's First And?Last.

In 1987, Lynyrd Skynyrd's remaining members reunited, joined by Johnny VanZant and Randall Hall on guitar. They embarked on a reunion tour, captured on Southern by the Grace of God, released in the same year. They began recording again in 1991, and continued to tour throughout the decade. Additional albums were released, and in 2009, Lynyrd Skynyrd released God & Guns.

A new studio album, Last of a Dyin' Breed, was announced in 2012. A tour is expected to follow.

The reunited Lynyrd Skynyrd has gone through several lineup changes and continues to record and tour today.

For more information on booking Lynyrd Skynyrd, please contact Booking Entertainment. One of our top booking agents will be happy to work on your behalf to get you the best possible price to book any big name entertainer for your upcoming public, private or corporate event worldwide.

Booking Entertainment works to get the best possible Lynyrd Skynyrd booking fee and Lynyrd Skynyrd price for our clients while also providing the celebrity or famous entertainer with the level of professionalism and industry norms that they expect from an event run by a professional booking agency and production management.

Booking Entertainment uses our agency / management relationships and over 25 years of production experience to help buyers of headline / top name entertainers and does not claim or represent itself as the exclusive Lynyrd Skynyrd agent, manager or management company for any of the artists on our site.

Booking Entertainment does not claim or represent itself as the exclusive booking agency, business manager, publicist, speakers bureau or management for Lynyrd Skynyrd or any artists or celebrities on this website.