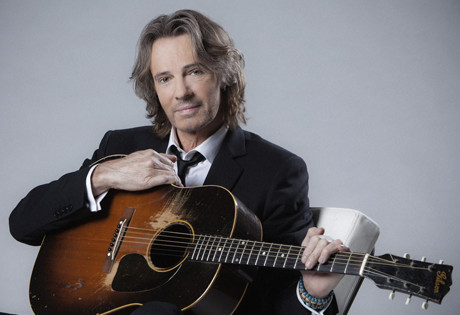 Start by filling out our no-obligation entertainment request form to check pricing and availability for Rick Springfield or whoever else you may want.

Our Rick Springfield agent will be happy to help you get Rick Springfield's availability and booking fee, or the price and availability for any other A-List entertainer, band, comedian or celebrity you may want for your corporate event, private party, wedding, birthday party or public show.

Rick Springfield, a versatile actor and musician, has come a long way since “Jessie’s Girl,” his breakthrough hit of 1981. But long before his rise to fame, Springfield was born in 1949 in Sydney, Australia. His military family moved around a lot, and so Rick found solace in music and books. In high school Rick Springfield formed his first band, and even joined a 1950’s revival group, followed by a teenybopper band. Zoot actually became quite popular in Australia in 1971, and enjoyed several hits.

Rick Springfield switched to acting, and in 1980 signed a contract with Universal Studios to appear on a few of their regular television shows. When he left Universal, he signed with RCA in 1981, and almost at the exact same time he was signed to General Hospital to play Dr. Noah Drake.bOn the strength of both the show and his music, Rick Springfield’s career was launched, his popularity rising, and Working Class Dog found its way to the charts quickly. “I’ve Done Everything for You,” “Working Class Dog,” and of course, “Jessie’s Girl” were all smash hits, and Rick eventually had to choose between television and music. He chose music.

Success Hasn't Spoiled Me Yet  followed in 1982, and Living in Oz shortly thereafter, both becoming enormous hits on the strength of “Affair of the Heart” and “Don’t Talk to Strangers.” The film Hard to Hold’s soundtrack launched the hit “Love Somebody” in 1984, but afterwards Rick Springfield took a lengthy hiatus from music, only returning in 1999 with Karma.

The new millennium has seen Rick Springfield return to acting, appearing once again on General Hospital in a returning and reoccurring guest role as Dr. Noah Drake. Springfield also starred in several episodes of Showtime’s Californication and episodes of Hawaii Five-O and Hot in Cleveland. In 2015, he appeared in the film Ricki and the Flash, and in 2016, he joined the cast of the CW series, Supernatural.

Rick Springfield continues to act, write, record, and perform with a devoted fan base. His latest album, Rocket Science, arrived in 2016, and his autobiography, Late, Late at Night: A Memoir, was a New York Times Best Seller upon its release in 2010.

For more information on booking Rick Springfield, please contact Booking Entertainment. One of our top booking agents will be happy to work on your behalf to get you the best possible price to book any big name entertainer for your upcoming public, private or corporate event worldwide.

Booking Entertainment works to get the best possible Rick Springfield booking fee and Rick Springfield price for our clients while also providing the celebrity or famous entertainer with the level of professionalism and industry norms that they expect from an event run by a professional booking agency and production management.

Booking Entertainment uses our agency / management relationships and over 25 years of production experience to help buyers of headline / top name entertainers and does not claim or represent itself as the exclusive Rick Springfield agent, manager or management company for any of the artists on our site.

Booking Entertainment does not claim or represent itself as the exclusive booking agency, business manager, publicist, speakers bureau or management for Rick Springfield or any artists or celebrities on this website.