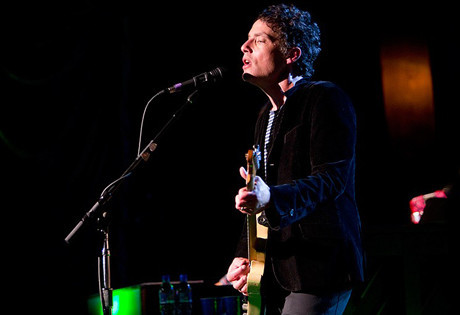 Start by filling out our no-obligation entertainment request form to check pricing and availability for The Wallflowers or whoever else you may want.

Our The Wallflowers agent will be happy to help you get The Wallflowers's availability and booking fee, or the price and availability for any other A-List entertainer, band, comedian or celebrity you may want for your corporate event, private party, wedding, birthday party or public show.

The Wallflowers burst onto the international music scene in the mid '90s during the burgeoning roots-rock revival. The Wallflowers held a special connection to one of the original inspirations: vocalist/songwriter/guitarist Jakob Dylan, son of musical deity BOB. Though he is the son of a legend, Jakob's similarities to his father are occasional - in fact, the Wallflowers are more influenced by Tom Petty & the Heartbreakers than original '60s folk-rock, though lyrically, Jakob remains a close companion to the original Dylan.

The Wallflowers face was born in 1970. Jakob Dylan was raised in Los Angeles by his mother, Sara Lowndes, after his parents' divorce in 1977. He studied at private schools in L.A. and New York, and decided to follow in his father's footsteps by the late '80s. He formed the Wallflowers with guitarist Tobi Miller, keyboard player Rami Jaffee, bassist Barrie Maguire and drummer Peter Yanowitz, and signed to Virgin. Released in August 1992, the Wallflowers' self-titled debut album sold poorly, and Virgin soon dropped their contract. Undaunted, Dylan assembled a new Wallflowers - guitarist Michael Ward, bassist Greg Richling and drummer Mario Calire - keeping only Jaffee. The group signed to Interscope and recorded its second album with producer T-Bone Burnett, a long-time friend of the Dylan family. Bringing Down the Horse was released in May 1996, producing the alternative radio hit "6th Avenue Heartache." Late in 1996, the single "One Headlight" was released, and by the spring of 1997, it had become a Top 10 hit, pushing Bringing Down the Horse into the upper reaches of the charts, as well.

Bringing Down the Horse was a big seller throughout 1997, thanks to "6th Avenue Heartache," "One Headlight" and "The Difference," the third single pulled from the record. Early in 1998, "One Headlight" won Grammys for Best Rock Song and Best Rock Performance by a Duo or Group With Vocal. Settling down from the rush of success, The Wallflowers rightfully took a long four-year break from recording.


The Wallflowers continued work its four-year hiatus. On their next album, Breach, released October 10, 2000; the first single was "Sleepwalker", followed by "Letters From the Wasteland." The record was featured on MTV's First Listen show. Guests included Elvis Costello, who lent vocals on "Murder 101." The album was certified gold on September 21, 2001.


The Wallflowers released their fourth studio album, Red Letter Days, in November 2002. RLD was the first Wallflowers record that featured Jakob Dylan playing a majority of the lead guitar parts. The album had a much more aggressive sound than any of their previous releases. The first single and only music video shot was for "When You're On Top." The single was a smash hit on AAA radio stations, but received little mainstream attention. Subsequent singles from the album include "If You Never Got Sick," "Closer to You," and "How Good It Can Get" which received radio airplay across multiple formats. The band was a part of many exclusive performances during promotion of the record, including a Live at the Rock n' Roll Hall of Fame concert for MTV, and a special televised concert for VH1, Live at Alcatraz, being the first band to ever play a concert on the famous island.

The Wallflower's most recent release, Rebel, Sweetheart was released on May 24th, 2005. This is the first Wallflowers record available as a DualDisc. The DVD included interviews and exclusive performances and arrangements of many of the band's songs. Brendan O' Brien (Bruce Springsteen, Pearl Jam, Train) was called in to produce the record and played guitar as well. Fred Eltringham, the newest Wallflowers member, played drums. A video was filmed for their first single "The Beautiful Side of Somewhere" which hit #5 on AAA radio. The second single released was "God Says Nothing Back." In promoting the record, The Wallflowers performed special televised concerts for the Oxygen Custom Concert Series on the Oxygen channel and were also featured on the PBS series Soundstage.

In conjunction with the release of Rebel, Sweetheart the band released an exclusive iTunes Originals album for the iTunes music store. The album featured exclusive performances and interviews with Jakob Dylan. The band also volunteered to perform for sailors on the aircraft carrier USS John C. Stennis as the troops were returning to California.

The song "Into the Mystic" was featured on the American Wedding soundtrack. The Wallflowers also did a remake of David Bowie's song "Heroes" for the Godzilla soundtrack.

The Wallflowers continue to stay active. In 2006 it was announced that Dylan would be appearing with T-Bone Burnett as a guest musician during Burnett's first tour in 20 years. The two share a long history that extends further than just Burnett's impactful production work on Bringing Down the Horse.

Hiring The Wallflowers For Corporate Events, Private Parties And Public Concerts Is Easy With Booking Entertainment

For more information on booking The Wallflowers, please contact Booking Entertainment. One of our top booking agents will be happy to work on your behalf to get you the best possible price to book any big name entertainer for your upcoming public, private or corporate event worldwide.

Booking Entertainment works to get the best possible The Wallflowers booking fee and The Wallflowers price for our clients while also providing the celebrity or famous entertainer with the level of professionalism and industry norms that they expect from an event run by a professional booking agency and production management.

Booking Entertainment uses our agency / management relationships and over 25 years of production experience to help buyers of headline / top name entertainers and does not claim or represent itself as the exclusive The Wallflowers agent, manager or management company for any of the artists on our site.

Booking Entertainment does not claim or represent itself as the exclusive booking agency, business manager, publicist, speakers bureau or management for The Wallflowers or any artists or celebrities on this website.