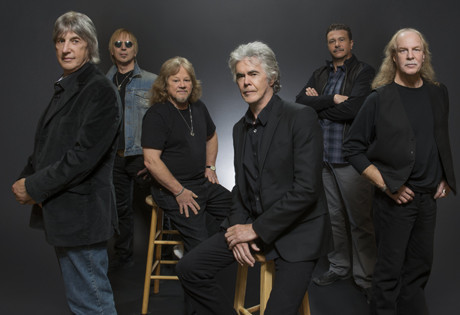 Start by filling out our no-obligation entertainment request form to check pricing and availability for Three Dog Night or whoever else you may want.

Our Three Dog Night agent will be happy to help you get Three Dog Night's availability and booking fee, or the price and availability for any other A-List entertainer, band, comedian or celebrity you may want for your corporate event, private party, wedding, birthday party or public show.

Three Dog Night came together in 1968 when Cory Wells, Danny Hutton, Chuck Negron, Jimmy Greenspoon, Mike Allsup, Floyd Sneed, and Joe Schermie formed the band and quickly began releasing hits which climbed the charts. Between 1969 and 1975, starting with the single “One,” Three Dog Night placed twenty-one singles on the charts, eleven of them in the Top Ten.

The hits continued, with iconic songs such as "Mama Told Me (Not to Come),” "Joy to the World," "Black and White," and "The Show Must Go On." Three Dog Night released a series of albums throughout the remaining decades, including Suitable for Framing (1969), It Ain’t Easy (1970), Naturally (1970), Harmony (1971), Seven Separate Fools (1972), Cyan (1973), Hard Labor (1974), Coming Down Your Way (1975), and American Pastime (1976.) Unfortunately, Three Dog Night disbanded in the mid 1970’s, although a brief reunion occurred in the early 1980’s with the release of It’s a Jungle (1983.) But additional performances occurred throughout the new millennium, resulting in a live DVD, Live with the Tennessee Symphony Orchestra in 2002, and an Anniversary Hits Collection in 2004. The Complete Hit Singles was also released in 2004.

For more information on booking Three Dog Night, please contact Booking Entertainment. One of our top booking agents will be happy to work on your behalf to get you the best possible price to book any big name entertainer for your upcoming public, private or corporate event worldwide.

Booking Entertainment works to get the best possible Three Dog Night booking fee and Three Dog Night price for our clients while also providing the celebrity or famous entertainer with the level of professionalism and industry norms that they expect from an event run by a professional booking agency and production management.

Booking Entertainment uses our agency / management relationships and over 25 years of production experience to help buyers of headline / top name entertainers and does not claim or represent itself as the exclusive Three Dog Night agent, manager or management company for any of the artists on our site.

Booking Entertainment does not claim or represent itself as the exclusive booking agency, business manager, publicist, speakers bureau or management for Three Dog Night or any artists or celebrities on this website.