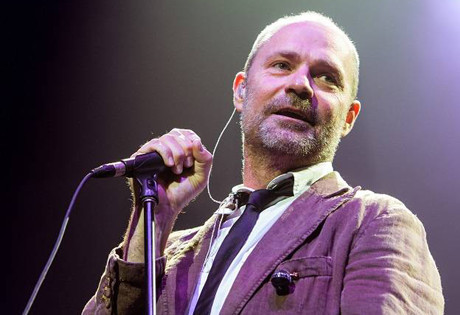 Start by filling out our no-obligation entertainment request form to check pricing and availability for Tragically Hip or whoever else you may want.

Our Tragically Hip agent will be happy to help you get Tragically Hip's availability and booking fee, or the price and availability for any other A-List entertainer, band, comedian or celebrity you may want for your corporate event, private party, wedding, birthday party or public show.

Tragically Hip was formed in Ontario in 1983. The group came together when childhood friends Gordon Downie, Bobby Baker, Paul Langlois, Gord Sinclair, and Johnny Fay began performing under a number of different names, which eventually became Tragically Hip. After a strong performance in Toronto in the mid 1980’s, the group was spotted by a record executive with MCA and signed to a record deal.

Tragically Hip, the band’s debut, was released in 1987 but didn’t fare as well as its successor, Up to Here (1989.) Road Apples came next in 1991, but it was the 1993 release, Fully Completely, that brought Tragically Hip to the international stage. On the strength of singles such as “Wheat Kings” and “Courage,” the Tragically Hip found itself on play lists in America as much as in its native Canada.  Day for Night (1995) was equally successful, and Tragically Hip embarked on a tour of sold-out performances throughout North America. Audiences absorbed the band’s blend of country and rock with feverish enthusiasm, and the band was on the rise.

For more information on booking Tragically Hip, please contact Booking Entertainment. One of our top booking agents will be happy to work on your behalf to get you the best possible price to book any big name entertainer for your upcoming public, private or corporate event worldwide.

Booking Entertainment works to get the best possible Tragically Hip booking fee and Tragically Hip price for our clients while also providing the celebrity or famous entertainer with the level of professionalism and industry norms that they expect from an event run by a professional booking agency and production management.

Booking Entertainment uses our agency / management relationships and over 25 years of production experience to help buyers of headline / top name entertainers and does not claim or represent itself as the exclusive Tragically Hip agent, manager or management company for any of the artists on our site.

Booking Entertainment does not claim or represent itself as the exclusive booking agency, business manager, publicist, speakers bureau or management for Tragically Hip or any artists or celebrities on this website.