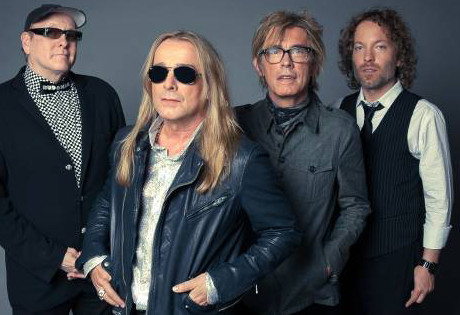 Start by filling out our no-obligation entertainment request form to check pricing and availability for Cheap Trick or whoever else you may want.

Our Cheap Trick agent will be happy to help you get Cheap Trick's availability and booking fee, or the price and availability for any other A-List entertainer, band, comedian or celebrity you may want for your corporate event, private party, wedding, birthday party or public show.

Cheap Trick was initially formed when Tom Peterson, Rick Nielson, Bun E. Carlos, and Robin Zander came together. The band opened for Journey, Kiss, and the Kinks in the 1970’s, and Cheap Trick was released in 1977.

Singles like “Daddy Daddy Should Have Stayed in High School," “Hot Love,” and "Oh Candy” helped to bring Cheap Trick recognition, but far more thought-provoking albums were soon to follow.

In Color followed, and a year later, Heaven Tonight, tackling songs about drug addition and suicide with singles such as “Auf Wiedersehen” and “Downed.” Cheap Trick managed to find a blend of Top 40, metal, and new wave, a formula perfect for the music of the time.

A hiatus followed, until in 2006, when Cheap Trick released Rockford. Its first single, “Perfect Stranger” preceded “Surrender,” a single which would find its way to Guitar Hero II.  In 2008, Cheap Trick celebrated the thirtieth anniversary of their 1978 album, Live at Budokan, by playing a performance at the venue and then releasing a box set featuring multiple CDs of the band’s performance at Budokan, plus concert footage which originally aired on television in Japan, and other bonus features.

Cheap Trick continues to perform, record, and tour, with no signs of slowing down. Years 2014 and 2015 saw the band on tour with the band Boston and the artist Peter Frampton, and in 2016, Cheap Trick released its first studio album in more than five years: Bang, Zoom, Crazy… Hello. Most recently, Cheap Trick released the album We’re All Alright, in 2017. In the year prior, the band was inducted into the Rock and Roll Hall of Fame.

For more information on booking Cheap Trick, please contact Booking Entertainment. One of our top booking agents will be happy to work on your behalf to get you the best possible price to book any big name entertainer for your upcoming public, private or corporate event worldwide.

Booking Entertainment works to get the best possible Cheap Trick booking fee and Cheap Trick price for our clients while also providing the celebrity or famous entertainer with the level of professionalism and industry norms that they expect from an event run by a professional booking agency and production management.

Booking Entertainment uses our agency / management relationships and over 25 years of production experience to help buyers of headline / top name entertainers and does not claim or represent itself as the exclusive Cheap Trick agent, manager or management company for any of the artists on our site.

Booking Entertainment does not claim or represent itself as the exclusive booking agency, business manager, publicist, speakers bureau or management for Cheap Trick or any artists or celebrities on this website.