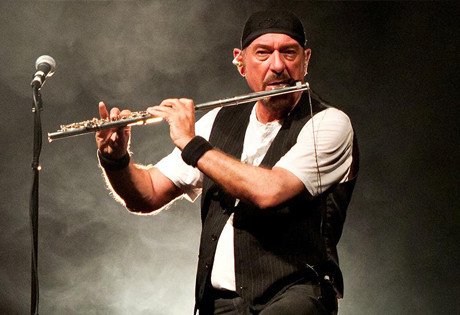 Start by filling out our no-obligation entertainment request form to check pricing and availability for Jethro Tull or whoever else you may want.

Our Jethro Tull agent will be happy to help you get Jethro Tull's availability and booking fee, or the price and availability for any other A-List entertainer, band, comedian or celebrity you may want for your corporate event, private party, wedding, birthday party or public show.

Jethro Tull began when Clive Bunker, Ian Anderson, Glenn Cornick, and Mick Abrahams came together in 1967 in Luton, Bedfordshire. Within a year, they’d established themselves as key figures in the British underground music scene. They released the album This Was in 1968, and then Stand Up in 1969, before the lineup changed slightly with the departure of Abrahams and the arrival of Martin Barre as his replacement.

In the mid-1990’s, Ian Anderson also began releasing solo albums, to notable success, and the new millennium saw the first Christmas Album from Jethro Tull released in 2003. It was the last of the Jethro Tull albums for awhile, but then in 2011, Ian Anderson announced plans for a future album, much to the delight of Jethro Tull’s fans. Thick As a Brick 2: Whatever Happened to Gerald Bostock? was released in 2012, with its world premiere taking place at Perth Concert Hall in Scotland.

Jethro Tull continues to perform and record with the current lineup of Ian Anderson, John O’Hara, David Goodier, Florian Opahle, and Scott Hammond. The group toured in 2015 as part of the project Jethro Tull – The Rock Opera, and in 2016 and 2017, Jethro Tull launched an extensive world tour. In 2017, the band celebrated their fiftieth anniversary with a return to the studio in preparation for their next studio album, scheduled to release in 2018. So far in total, Jethro Tull has amassed album sales exceeding sixty million and has appeared live in thousands of performances in more than forty countries.

For more information on booking Jethro Tull, please contact Booking Entertainment. One of our top booking agents will be happy to work on your behalf to get you the best possible price to book any big name entertainer for your upcoming public, private or corporate event worldwide.

Booking Entertainment works to get the best possible Jethro Tull booking fee and Jethro Tull price for our clients while also providing the celebrity or famous entertainer with the level of professionalism and industry norms that they expect from an event run by a professional booking agency and production management.

Booking Entertainment uses our agency / management relationships and over 25 years of production experience to help buyers of headline / top name entertainers and does not claim or represent itself as the exclusive Jethro Tull agent, manager or management company for any of the artists on our site.

Booking Entertainment does not claim or represent itself as the exclusive booking agency, business manager, publicist, speakers bureau or management for Jethro Tull or any artists or celebrities on this website.