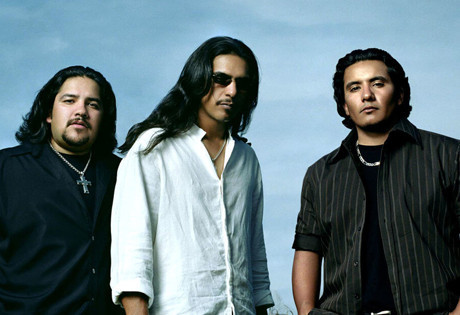 Start by filling out our no-obligation entertainment request form to check pricing and availability for Los Lonely Boys or whoever else you may want.

Our Los Lonely Boys agent will be happy to help you get Los Lonely Boys's availability and booking fee, or the price and availability for any other A-List entertainer, band, comedian or celebrity you may want for your corporate event, private party, wedding, birthday party or public show.

The group known as Los Lonely Boys is comprised of brothers Henry Garza, Ringo Garza, and Jojo Garza. As children, they experienced music under the influence of their father, whose family had a conjuto band in the 1970’s and 1980’s. The Gaza brothers found inspiration from that style of music, and created their own sound, blending country, Tex-Mex, and classic rock’n’roll.

The elder Garza, following the breakup of his own band and recognizing the talent in his sons, moved the boys to Nashville so that they might pursue a career. Los Lonely Boys eventually established a strong reputation along the Southeast and on the Texas circuit, and a breakthrough opportunity to play with Willie Nelson at his Farm Aid concert, at his invitation, lead to Los Lonely Boys recording at Nelson’s own studio and releasing their self-titled debut in 2003.

Epic Records picked up the album for distribution in the following year, and the rest is history. “Heaven,” the Los Lonely Boys first single, hit number sixteen on the Hot 100 and number one on the Adult Contemporary charts. Los Lonely Boys won a Grammy for Best Pop Performance by a Duo or Group with Vocal in 2005, and in the following year, the singles “Onda” and “More Than Love” also garnered Grammy nods.  Later that same year, Los Lonely Boys recorded “"I Don't Wanna Lose Your Love" for the Santana album All That I Am, and in 2006 they released Sacred, their next album.

Since that time, Los Lonely Boys have released the additional albums: Forgiven (2008), Rockpango (2011), and Revelation (2014.) The group recently provided a cover of the John Fogerty classic, “Born on the Bayou,” for the Creedence Clearwater Revival tribute album, Quiero Creedence.

For more information on booking Los Lonely Boys, please contact Booking Entertainment. One of our top booking agents will be happy to work on your behalf to get you the best possible price to book any big name entertainer for your upcoming public, private or corporate event worldwide.

Booking Entertainment works to get the best possible Los Lonely Boys booking fee and Los Lonely Boys price for our clients while also providing the celebrity or famous entertainer with the level of professionalism and industry norms that they expect from an event run by a professional booking agency and production management.

Booking Entertainment uses our agency / management relationships and over 25 years of production experience to help buyers of headline / top name entertainers and does not claim or represent itself as the exclusive Los Lonely Boys agent, manager or management company for any of the artists on our site.

Booking Entertainment does not claim or represent itself as the exclusive booking agency, business manager, publicist, speakers bureau or management for Los Lonely Boys or any artists or celebrities on this website.