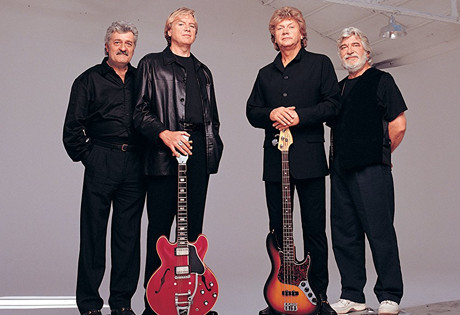 Start by filling out our no-obligation entertainment request form to check pricing and availability for Moody Blues or whoever else you may want.

Our Moody Blues agent will be happy to help you get Moody Blues's availability and booking fee, or the price and availability for any other A-List entertainer, band, comedian or celebrity you may want for your corporate event, private party, wedding, birthday party or public show.

The Moody Blues came together in Birmingham, England in 1964 when founders Ray Thomas and Mike Pinder joined forces with Denny Laine, Graeme Edge, and Clint Warwick to create the band. Within only six months, the Moody Blues had earned a recording contract and they began releasing singles.

Their first, “Steal Your Heart Away,” didn’t hit the charts, but “Go Now,” their follow up, hit number one on the charts in England and rose to number ten in America. The success of their single earned the Moody Blues a spot as an opening for the Beatles on tour, although a successful follow up to their smash hit would elude the Moody Blues and create lasting frustrating until 1965, when the band would create a whole new sound with their fourth single, “From the Bottom of My Heart.” The single only peaked in the twenties on the British charts, but it became an iconic achievement for the music period known as the British Invasion.

In 1966, Warwick and Laine left the Moody Blues, and were replaced by John Lodge and Justin Hayward. The Moody Blues began to add more psychedelic sounds to their music, creating more textured tracks, as with the album Days of Future Passed, which featured the song “Nights in White Satin.” The single made it to the Top Ten in Britain, and its American follow-up “Tuesday Afternoon,” also made it to the top of the charts. The Moody Blues followed up this success with the release of In Search of the Lost Chord in 1968, which utilized the innovative sound of the Mellotron, an organ-like instrument which Pinder learned to master quickly. The Mellotron gave a unique, eerie, almost orchestra-like sound to the Moody Blues’ new album and set them apart from their contemporaries.

In Search of the Lost Chord showcased the new sound on songs such as “Dr. Livingston I Presume,” “Visions of Paradise," "Om,” and “Legend of a Mind.” The Moody Blues’ follow up album, To Our Children’s Children’s Children (1969), went further in taking that sound and utilized studio techniques to layer their songs through overdubbing of instruments and vocals. The only challenge the Moody Blues encountered was that the band had now created an in-studio sound which was nearly impossible to recreate live with only five musicians.

The Moody Blues wrote and recorded more carefully for Beginning with a Question of Balance (1970), crafting songs that could be recreated live in concert, and they continued that effort with Every Good Boy Deserves Favour, their next album. All five members of the Moody Blues contributed during the writing stage for these albums, and their music evolved to a nearly progressive rock which was accessible to the mainstream. Seventh Sojourn (1972) came next, but by then the Moody Blues were growing wearing of constant recording and touring, and they opted for a hiatus.  Each member embarked on solo projects, but it would be five years before they would come back together again as the Moody Blues.

The Moody Blues reunited in 1977 and released Octave in 1978.  Long Distance Voyager followed in 1981, but by this time the band was facing competition with MTV-era musicians such as Madonna, and an ever-changing music sound. Although they had a few additional hits in the 1980’s, by the end of the decade they had faded into a nostalgia act. Nevertheless, the Moody Blues released a four-CD set, Time Traveler, in 1994, and then Strange Times, a new studio album, in 1999.

In the new millennium, the Moody Blues has carried on as a trio, without Thomas and Pinder. Since the band’s inception, the Moody Blues has sold more than seventy million albums worldwide and earned fourteen gold or platinum records. They continue to perform live in the new millennium, having completed extensive tours every year from 2006 to 2010, and with plans for tours in the coming years.

For more information on booking Moody Blues, please contact Booking Entertainment. One of our top booking agents will be happy to work on your behalf to get you the best possible price to book any big name entertainer for your upcoming public, private or corporate event worldwide.

Booking Entertainment works to get the best possible Moody Blues booking fee and Moody Blues price for our clients while also providing the celebrity or famous entertainer with the level of professionalism and industry norms that they expect from an event run by a professional booking agency and production management.

Booking Entertainment uses our agency / management relationships and over 25 years of production experience to help buyers of headline / top name entertainers and does not claim or represent itself as the exclusive Moody Blues agent, manager or management company for any of the artists on our site.

Booking Entertainment does not claim or represent itself as the exclusive booking agency, business manager, publicist, speakers bureau or management for Moody Blues or any artists or celebrities on this website.