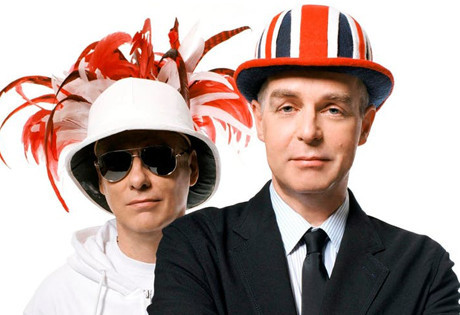 Start by filling out our no-obligation entertainment request form to check pricing and availability for Pet Shop Boys or whoever else you may want.

Our Pet Shop Boys agent will be happy to help you get Pet Shop Boys's availability and booking fee, or the price and availability for any other A-List entertainer, band, comedian or celebrity you may want for your corporate event, private party, wedding, birthday party or public show.

Neil Tennant, a vocalist, met up with Chris Low in a London shop one day in 1981. A short conversation struck not only a friendship, but also the formation of what would become Pet Shop Boys. Neil and Chris shared a love of music, in particular the synthesized dance music which was becoming all the rage in England at that time. In tribute to their mutual friends who worked in a pet shop, they dubbed themselves as such and embarked on a music career.

Pet Shop Boys hit the scene in 1984 with the single ‘West End Girls,” which initially became a minor hit in the United States. They followed up with “Opportunities (Let’s Make Lots of Money,” but their big breakthrough came when a remake of “West End Girls” was released in 1986, propelling not only the single but also Pet Shop Boys’ debut album, Please, to the top of the charts. Disco came next in 1978, spawning the hits “It’s a Sin,” “Always on My Mind,” and “What I Have I Done to Deserve This?” Introspective followed in 1988, with Pet Shop Boys’ first Top 40 hit, “Domino Dancing,” and the boys rounded out the decade with the album Results. Additional albums and hit singles followed in the 1990’s, including: Behavior (1990), Very (1993), Bilingual (1996), Nightlife (1999), “Where the Streets Have No Name,” “Can’t Take My Eyes Off you,” “New York City Boy,” and “It’s a Sin.”

In the latter part of the 1990’s, Pet Shop Boys began working on a musical devoted to the exploration of gay life. In 2001, the play, Closer to Heaven, debuted in London’s West End and run successfully for a year. Pet Shop Boys released an accompanying album, and followed up with Release (2002), Fundamental (2006), Yes (2009) and Elysium (2012.)

For more information on booking Pet Shop Boys, please contact Booking Entertainment. One of our top booking agents will be happy to work on your behalf to get you the best possible price to book any big name entertainer for your upcoming public, private or corporate event worldwide.

Booking Entertainment works to get the best possible Pet Shop Boys booking fee and Pet Shop Boys price for our clients while also providing the celebrity or famous entertainer with the level of professionalism and industry norms that they expect from an event run by a professional booking agency and production management.

Booking Entertainment uses our agency / management relationships and over 25 years of production experience to help buyers of headline / top name entertainers and does not claim or represent itself as the exclusive Pet Shop Boys agent, manager or management company for any of the artists on our site.

Booking Entertainment does not claim or represent itself as the exclusive booking agency, business manager, publicist, speakers bureau or management for Pet Shop Boys or any artists or celebrities on this website.