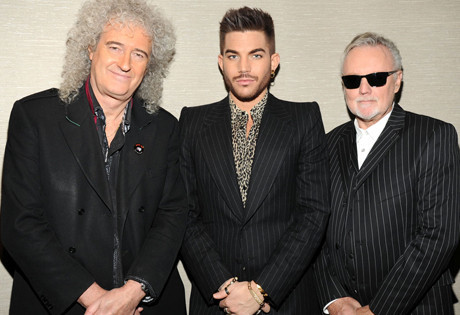 Start by filling out our no-obligation entertainment request form to check pricing and availability for Queen with Adam Lambert or whoever else you may want.

The band Queen actually began with a group called Smile, established by Roger Taylor and Brian May in 1967. After losing their lead vocalist, Taylor and May recruited vocalist Freddie Mercury to join the group. They then added John Deacon on bass, and the four musicians spent the next two years rehearsing together while finishing up their college educations. By 1973, they were ready to fully embark on a career in music, and they adopted the name Queen and released their self-titled debut.

Queen brought the band moderate success, but Queen II became the band’s breakthrough in the following year. The single “Seven Seas of Rhye” shot to the top of the charts, and Queen embarked on an American tour with Mott the Hoople as an opening act. Queen II quickly climbed into the charts in America also, and Sheer Heart Attack followed before the end of 1974. A Night at the Opera came next in 1975, and the single “Bohemian Rhapsody” became an iconic, enduring hit, breaking records by lingering in the number one spot for nine consecutive weeks in England.

In America, both the single and the album reached into the Top Ten and went platinum, and Queen began to ride the waves of success. With lavish, indulgent celebrations becoming a part of their reputation, Queen spent the coming years performing to sell-out crowds and releasing a string of successful albums and singles, including: A Day at the Races, News of the World, Jazz, The Game, Hot Space, "Somebody to Love,” "We Are the Champions"/"We Will Rock You," "Fat Bottomed Girls"/"Bicycle Race," "Crazy Little Thing Called Love, " "Another One Bites the Dust,” and "Under Pressure."  The hits carried them well into the 1980’s, at which point Queen’s popularity began to decline.

Queen took to touring overseas and tackled foreign markets, establishing a strong fan following in Asia and Africa. A stunning performance at 1985’s Live Aid concert brought them a resurgence in popularity in Europe, however, and Queen released A King of Magic in the latter part of the decade. The Miracle followed in 1989, to moderate success, but Innuendo (1991) went gold and rose to the Top 40 on the charts in America.

By this time, however, Queen was faced with troubling and saddening news – front man Freddie Mercury was battling the end-stages of AIDS.  A mere day after making the public announcement to the effect on November 23rd, 1991, Freddie Mercury passed away.  Queen’s remaining members held a memorial concert in his honor the following spring, featuring a stellar lineup including David Bowie, Annie Lennox, Elton John, and Def Leppard. The event raised millions of dollars for AIDS research. Queens surviving members retreated into solo projects for a while, but in 1994 they reunited to finish recordings for some of Mercury’s last vocal tracks. The result was the album Made in Heaven, released in 1995, and in 1998 following they released Crown Jewels, a box set.

Queen would again retreat into the background, until in 2005 the band resurfaced and added Paul Rodgers to their lineup. Queen with Paul Rodgers toured throughout 2005 and 2006, and in 2008 they performed at the 90th birthday celebration for Nelson Mandela in Hyde Park, London. A new studio album, The Cosmos Rocks, went into production and was released that same year, and another tour began in support of the album. Although Paul Rodgers left Queen in 2009, saying that the arrangement had always meant to be a temporary one, Queen has continued to re-release previous albums and compilations, and in 2011 the band used lost demos of Freddie Mercury on vocals to begin work on a new album. Queen performed at the Summer Olympics’ closing ceremonies in 2012, opening with a video clip of Mercury on stage performing at a 1986 concert.  Queen continues to delight fans, carrying on the memory of Freddie Mercury whenever possible.

For more information on booking Queen with Adam Lambert, please contact Booking Entertainment. One of our top booking agents will be happy to work on your behalf to get you the best possible price to book any big name entertainer for your upcoming public, private or corporate event worldwide.

Booking Entertainment uses our agency / management relationships and over 25 years of production experience to help buyers of headline / top name entertainers and does not claim or represent itself as the exclusive Queen with Adam Lambert agent, manager or management company for any of the artists on our site.

Booking Entertainment does not claim or represent itself as the exclusive booking agency, business manager, publicist, speakers bureau or management for Queen with Adam Lambert or any artists or celebrities on this website.