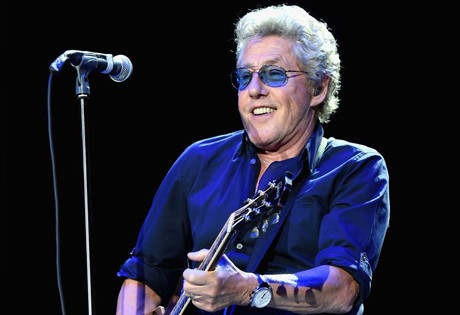 Start by filling out our no-obligation entertainment request form to check pricing and availability for Roger Daltrey or whoever else you may want.

Our Roger Daltrey agent will be happy to help you get Roger Daltrey's availability and booking fee, or the price and availability for any other A-List entertainer, band, comedian or celebrity you may want for your corporate event, private party, wedding, birthday party or public show.

Roger Daltrey, considered by many to be The Who’s primary founder, was born in West London in 1944. As a young man, Daltrey attended grammar school along with his future band-mates John Entwistle and Pete Townshend. Although he ranked at the top of his class academically, Roger Daltrey chose instead to pursue his love of the new sounds in emerging rock.

Roger Daltrey’s father purchased a guitar for him in 1959, and within a short period of time he was playing lead guitar for a local band. For a day job, he became a sheet metal worker, but at night, he performed with bands at local pubs. The Who came together in 1961 when Daltrey joined forces with Entwistle and Townshend, but it was the unwavering commitment and determination exuded by Roger that would give The Who the long-lasting success they would come to enjoy.

Assuming the role of Tommy, Roger Daltrey gave voice to the iconic blind and deaf character, both on stage and in the 1975 rock opera based on him. Daltrey’s ability to inhabit such a character eventually lead to his development as an actor, even earning him a Golden Globe for the performance. Daltrey went on to perform in various films, such as McVicar, Lizstomania, Lighting Jack, and Teen Agent, not to mention numerous other television roles.

Beyond The Who, Roger Daltrey developed a stellar solo career, starting right in 1973 with BBC’s Top of the Pops. Solo albums such as Ride A Rock Horse (1975), One Of The Boys (1977), the soundtrack to McVicar (1980), and After The Fire (1985) would follow, all enjoying success. On stage, Roger Daltrey has appeared as the Tin Man in The Wizard of Oz, Scrooge in A Christmas Carol, and as a vocalist with various symphony orchestras on tour.

In 2010, Pete Townshend and Roger Daltrey reunited as the Who for the halftime show at the XLIV Super Bowl, and later that year performed at the Royal Albert Hall for the benefit of the Teenage Cancer Trust, a charity that helps build facilities for teenagers with cancer.

Today, Roger Daltrey is considered a rock legend, ranked by Rolling Stones as one of the 100 Greatest Singers of All Time. Still going strong, he continues to perform and record, and has recently revelead plans for a new solo album. He and Pete Townshend recently accepted the prestigious George and Ira Gershwin Award for Lifetime Musical Achievement, via UCLA, in 2016.

For more information on booking Roger Daltrey, please contact Booking Entertainment. One of our top booking agents will be happy to work on your behalf to get you the best possible price to book any big name entertainer for your upcoming public, private or corporate event worldwide.

Booking Entertainment works to get the best possible Roger Daltrey booking fee and Roger Daltrey price for our clients while also providing the celebrity or famous entertainer with the level of professionalism and industry norms that they expect from an event run by a professional booking agency and production management.

Booking Entertainment uses our agency / management relationships and over 25 years of production experience to help buyers of headline / top name entertainers and does not claim or represent itself as the exclusive Roger Daltrey agent, manager or management company for any of the artists on our site.

Booking Entertainment does not claim or represent itself as the exclusive booking agency, business manager, publicist, speakers bureau or management for Roger Daltrey or any artists or celebrities on this website.