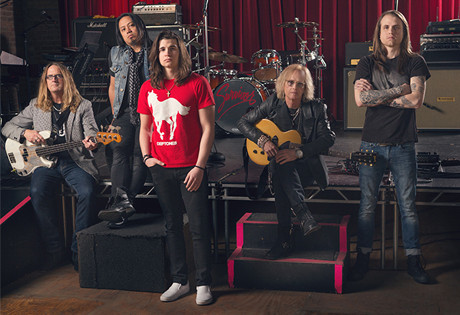 Start by filling out our no-obligation entertainment request form to check pricing and availability for Survivor or whoever else you may want.

Our Survivor agent will be happy to help you get Survivor's availability and booking fee, or the price and availability for any other A-List entertainer, band, comedian or celebrity you may want for your corporate event, private party, wedding, birthday party or public show.

Their first album, Survivor, was released in 1980 and charted well, helping them to build a fan base. The single "Somewhere in America" was the largest success off the album. Premonition followed, and with the hits "Summer Nights," and "Poor Man's Son," was a bigger hit.

But it would be 1982's Eye of the Tiger that would rocket Survivor to success. With the title song written specifically for Rocky III, the single became synonymous with both the character and the film series, bringing Survivor into households around the world.

The single "Eye of the Tiger" spent seven weeks on the charts at number one, and garnered Survivor an Oscar nomination and Grammy. For the months that followed, Survivor toured extensively, increasing their fan base even further.

Caught in the Game followed in 1983, and the title track also became a hit single.

At the same time, though, Dave Bickler left Survivor and was replaced by Jim Jamison. Their fifth album, Vital Signs, was released in 1984 and launched the hit "Can't Hold Back." "High on You" followed, and then "The Search is Over" after that, reaching number two on the charts.

"Burning Heart" was recorded for the next film in the Rocky franchise, Rocky IV, going all the way to number two on the charts and sending the soundtrack album to multi-platinum status.

In 2006, Survivor released Reach, filled with new material and some re-recordings of songs from previous sessions.

As of 2011, the Survivor lineup consists of Walter Tolentino on guitar and keyboards, Billy Ozzello on bass, Jimi Jamison on vocals, Frankie Sullivan on guitar, and Marc Droubay on drums. Survivor continues to work on new material, record, perform, and tour.

For more information on booking Survivor, please contact Booking Entertainment. One of our top booking agents will be happy to work on your behalf to get you the best possible price to book any big name entertainer for your upcoming public, private or corporate event worldwide.

Booking Entertainment works to get the best possible Survivor booking fee and Survivor price for our clients while also providing the celebrity or famous entertainer with the level of professionalism and industry norms that they expect from an event run by a professional booking agency and production management.

Booking Entertainment uses our agency / management relationships and over 25 years of production experience to help buyers of headline / top name entertainers and does not claim or represent itself as the exclusive Survivor agent, manager or management company for any of the artists on our site.

Booking Entertainment does not claim or represent itself as the exclusive booking agency, business manager, publicist, speakers bureau or management for Survivor or any artists or celebrities on this website.