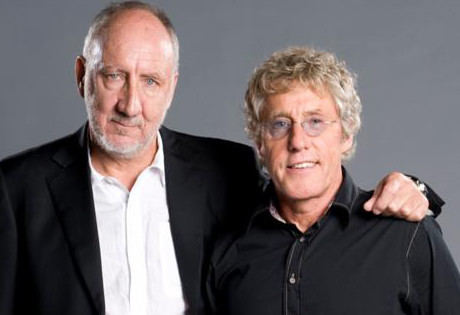 The Who Booking Pricing & Availablity

Hiring The Who For Corporate Events, Appearances, Speaking Engagements and Product Endorsements Is Easy With Booking Entertainment

Booking Entertainment makes it easy to book The Who or any other Entertainer for corporate events, private events, weddings, social media campaigns, appearances, speaking engagements and product endorsements worldwide.

Booking Entertainment can also help you book The Who for private virtual appearances,  live-streams or virtual shows.

Start by filling out our no-obligation entertainment request form to check pricing and availability for The Who or whoever else you may want.

Our The Who agent will be happy to help you get The Who's availability and booking fee, or the price and availability for any other A-List entertainer, band, comedian or celebrity you may want for your corporate event, private party, wedding, birthday party or public show.

With their unusual guitar-bashing tradition and enduring, iconic sound, The Who originally launched onto the music scene with "I Can't Explain," a demo which garnered them their first record deal. The single was released in 1965, but it was a performance on Ready, Steady, Go – complete with Pete Townshend’s guitar-destroying antics at the end – that brought the single to number eight in the UK.

Roger Daltrey, John Entwistle, Keith Moon, and Townshend continued to enjoy hits in the UK for the next few years. "Anyway, Anyhow, Anywhere" and “My Generation” followed into the Top Ten, but The Who had yet to fully enter the music scene in the United States. A Quick One was released in 1967, and The Who finally began to get airplay in the United Stated with “Happy Jack.” The Who Sell Out came next, and the Magic Bus after that in 1968.

In the meantime, Townshend was working on a ninety-minute opus, a potential masterpiece to launch The Who to superstardom. Tommy, the rock opera and story of a blind, deaf, and dumb boy who turned out to be a pinball wizard and then a messiah-like figure, would hit number four in the United States and its first single “Pinball Wizard” would find a home at number nineteen. Tommy would be performed from start to finish by The Who only a handful of times, but they would become historical performances. Venues included New York City’s Metropolitan Opera house (1970) and London’s Coliseum (1969.) Performances launched around the world, and in 1972 Townshend supervised a re-recording of The Who’s Tommy, with the London Symphony Orchestra and a variety of top name performers. The 1975 film version, starring Tina Turner, Elton John, Eric Clapton, Ann-Margaret, Jack Nicholson, and Roger Daltrey in the lead role, went on to accolades and award nominations.

Tommy has since gone on to be the crowning achievement for The Who, although the band has continued to record and release well beyond Tommy’s peak. Another double-album rock opera, Quadrophenia, followed in 1973. It was also adapted for film, with Sting (of The Police) taking on the lead role.  Odds and Sods followed in 1974, The Who by Numbers in 1975. Other notable works include His Empty Glass (1980), Face Dances (1981) All the Best Cowboys Have Chinese Eyes (1982), and It's Hard (1982), before the group disbanded officially.

Daltry and Townshend have continue to perform and tour as The Who, however, well into the new millennium. Over the last decade, the duo has performed with backing musicians, including performances as the Glastonbury Festival and a recent 2017 Tommy & More Tour. In 2014, The Who released the compilation album, The Who Hits 50!, to coincide with the fiftieth anniversary of the group’s inception.

Hiring The Who For Corporate Events, Private Parties And Public Concerts Is Easy With Booking Entertainment

For more information on booking The Who, please contact Booking Entertainment. One of our top booking agents will be happy to work on your behalf to get you the best possible price to book any big name entertainer for your upcoming public, private or corporate event worldwide.

Booking Entertainment works to get the best possible The Who booking fee and The Who price for our clients while also providing the celebrity or famous entertainer with the level of professionalism and industry norms that they expect from an event run by a professional booking agency and production management.

Booking Entertainment uses our agency / management relationships and over 25 years of production experience to help buyers of headline / top name entertainers and does not claim or represent itself as the exclusive The Who agent, manager or management company for any of the artists on our site.

Booking Entertainment does not claim or represent itself as the exclusive booking agency, business manager, publicist, speakers bureau or management for The Who or any artists or celebrities on this website.