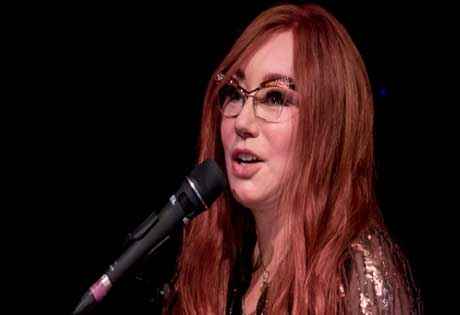 Start by filling out our no-obligation entertainment request form to check pricing and availability for Tori Amos or whoever else you may want.

Our Tori Amos agent will be happy to help you get Tori Amos's availability and booking fee, or the price and availability for any other A-List entertainer, band, comedian or celebrity you may want for your corporate event, private party, wedding, birthday party or public show.

Tori Amos was born in 1963 in North Carolina and grew up in Maryland. The daughter of a preacher, she was exposed to the music of her father’s church choir as a child, and she began writing her own music from an early age. She earned a spot at the prestigious Peabody Conservatory in Boston, but moved to Los Angeles in her late teens after developing a fascination with rock & roll and pop music. But her debut album, Y Kant Tori Read, garnered little attention upon its release in 1987, and Tori Amos returned to the studio for the next few years to develop a new approach to her sound.

The result was the haunting, poetic, lyrical piano ballads that eventually solidified Tori Amos as a musician and performer like no other.  A tour to England in 1991 to perform what would become the smash hit “Me and a Gun” solidified the style and direction in which Tori Amos would propel herself, and Little Earthquakes, released in 1992, became both a commercial and artistic success. Crucify came next, featuring unusual, piano-driven covers of classics such as Zeppelin’s “Thank You” and Nirvana’s “Smells Like Teen Spirit.” Under the Pink came next in 1994, and for the next few years, Tori Amos released one remarkable achievement after another, including: Boys for Pele (1996), Choirgirl Hotel (1998), To Venus and Back (1999), Strange Little Girls (2001), The Beekeeper (2005), and American Doll Posse (2007.)

In 2008, Tori Amos ended her relationship with Epic Records and began a new one with Universal Republic Records. The release of Abnormally Attracted to Sin followed, and Tori Amos embarked on a tour before releasing the live album From Russia With Love in 2010. That same year, she released the classical album Night of the Hunters, paying tribute to her classical roots and featuring works paying tribute to composers such as Chopin, Bach, Schubert, and Debussy.

As of the end of the millennium’s first decade, Tori Amos has sold more than twelve million albums worldwide and earned eight Grammy nominations thus far. She continues to record, tour, and perform, and in the spring of 2012, Amos developed her own record label, Transmission Galactic, through which she hopes to develop and foster young new talent.

For more information on booking Tori Amos, please contact Booking Entertainment. One of our top booking agents will be happy to work on your behalf to get you the best possible price to book any big name entertainer for your upcoming public, private or corporate event worldwide.

Booking Entertainment works to get the best possible Tori Amos booking fee and Tori Amos price for our clients while also providing the celebrity or famous entertainer with the level of professionalism and industry norms that they expect from an event run by a professional booking agency and production management.

Booking Entertainment uses our agency / management relationships and over 25 years of production experience to help buyers of headline / top name entertainers and does not claim or represent itself as the exclusive Tori Amos agent, manager or management company for any of the artists on our site.

Booking Entertainment does not claim or represent itself as the exclusive booking agency, business manager, publicist, speakers bureau or management for Tori Amos or any artists or celebrities on this website.