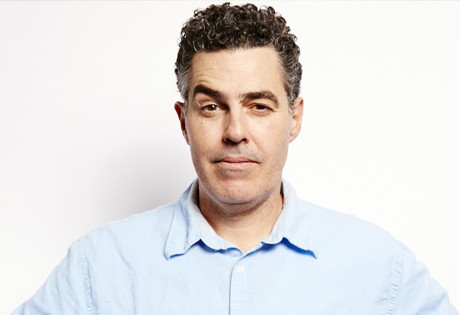 Start by filling out our no-obligation entertainment request form to check pricing and availability for Adam Carolla or whoever else you may want.

Our Adam Carolla agent will be happy to help you get Adam Carolla's availability and booking fee, or the price and availability for any other A-List entertainer, band, comedian or celebrity you may want for your corporate event, private party, wedding, birthday party or public show.

The American comedian and television personality Adam Carolla was born in 1964 in Los Angeles, California. Although Adam excelled on the football field in high school, after graduation he instead set his sights on a career in improvisational comedy after graduation. A chance meeting and collaboration with Jimmy Kimmel in 1994 eventually led to a number of small roles for Carolla, until in 1995 he signed with the William Morris Agency.

The agency negotiated what would become Adam Carolla’s breakthrough role, as co-host of the nighttime radio call-in show Loveline, with Dr. Drew Pinsky. Although the series dealt with legitimate and often serious questions about relationships and sexuality from viewers seeking guidance from Dr. Pinsky, Carolla served as the show’s comic sidekick, balancing Dr. Drew’s often reserved and thoughtful presence. Ultimately, Loveline made Adam Carolla a highly recognizable figure, and let to his own radio show in 2005.

Before The Adam Carolla Show, however, Adam starred in the Man Show alongside Jimmy Kimmel, in 1999. The Comedy Central show lasted four years, and after leaving, Carolla embarked on a number of highly successful endeavors. He launched his own podcast in 2006, and established Jackhole Productions, which produced Crank Yankers and other content for Comedy Central. Carolla also appeared on the Adam Carolla Project for The Learning Channel – the show featured his own thirteen-episode journey to renovate his childhood home. In 2008, Carolla appeared as a contestant on Dancing with the Stars, and in 2012, on the Celebrity Apprentice. Most recently, he launched the Car Show in 2011, which appears on Speed TV.

In recent years, Adam Carolla has become known as a social and political commentator, frequently making appearances on such shows as The O’Reilly Facotr and Real Time with Bill Maher. Carolla is also the author of a number of books, including In Fifty Years We’ll All Be Chicks, which debuted on the New York Times Best Seller list upon its release in 2010.

For more information on booking Adam Carolla, please contact Booking Entertainment. One of our top booking agents will be happy to work on your behalf to get you the best possible price to book any big name entertainer for your upcoming public, private or corporate event worldwide.

Booking Entertainment works to get the best possible Adam Carolla booking fee and Adam Carolla price for our clients while also providing the celebrity or famous entertainer with the level of professionalism and industry norms that they expect from an event run by a professional booking agency and production management.

Booking Entertainment uses our agency / management relationships and over 25 years of production experience to help buyers of headline / top name entertainers and does not claim or represent itself as the exclusive Adam Carolla agent, manager or management company for any of the artists on our site.

Booking Entertainment does not claim or represent itself as the exclusive booking agency, business manager, publicist, speakers bureau or management for Adam Carolla or any artists or celebrities on this website.