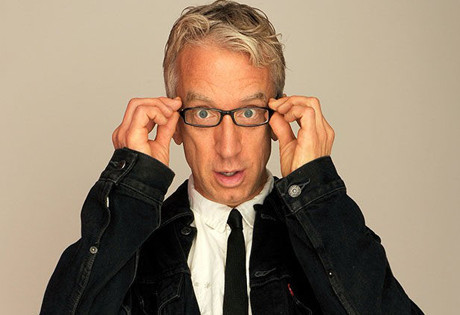 Start by filling out our no-obligation entertainment request form to check pricing and availability for Andy Dick or whoever else you may want.

Our Andy Dick agent will be happy to help you get Andy Dick's availability and booking fee, or the price and availability for any other A-List entertainer, band, comedian or celebrity you may want for your corporate event, private party, wedding, birthday party or public show.

The American comedian and actor Andy Dick was born in 1965 in Charleston, South Carolina but spent his formative years in Chicago. While in high school, Andy began experimenting with theater, and he performed in a number of school plays before graduating in 1983. Even while in school, Dick was popular for his comedic talents; he was even elected homecoming king.

After graduating, Andy Dick began studying improv comedy seriously and joined the famous Second City comedy troupe before joining the Ben Stiller Show in the early 1990’s. A number of small roles followed on various television shows, including The Nanny, Get Smart, and NewsRadio, one of his earliest regular roles which lasted for four years.

Andy Dick’s biggest breakthrough came with the MTV shows The Andy Dick Show in 2001. Although it only lasted three seasons, the show made Dick more of a recognizable household name and led to a consistently successful career in which Andy Dick has also been able to make the leap to the big screen, appearing in such films as: Reality Bites (1994), The Cable Guy (1996), Best Men (1997), Insepctor Gadget (1999), Road Trip (2000), Dude, Where’s My Car? (2000), Zoolander (2001), The Bondage (2006), Blonde Ambition (2007), Rock Slyde (2009), and Funny People (2009.) In addition, he has lent his voice to a number of animated characters, including characters on Dilbert; Hey Arnold; Clone High; and Frankenhole.

Today, Andy Dick continues to perform. In recent years, he has appeared in the films Workaholics (2016), The Lion Guard (2016), and Sense8 (2017.) He also competed on the reality show series Dancing with the Stars in 2013; he and his partner, Sharna Burgess, placed seventh for the season’s competition.

For more information on booking Andy Dick, please contact Booking Entertainment. One of our top booking agents will be happy to work on your behalf to get you the best possible price to book any big name entertainer for your upcoming public, private or corporate event worldwide.

Booking Entertainment works to get the best possible Andy Dick booking fee and Andy Dick price for our clients while also providing the celebrity or famous entertainer with the level of professionalism and industry norms that they expect from an event run by a professional booking agency and production management.

Booking Entertainment uses our agency / management relationships and over 25 years of production experience to help buyers of headline / top name entertainers and does not claim or represent itself as the exclusive Andy Dick agent, manager or management company for any of the artists on our site.

Booking Entertainment does not claim or represent itself as the exclusive booking agency, business manager, publicist, speakers bureau or management for Andy Dick or any artists or celebrities on this website.