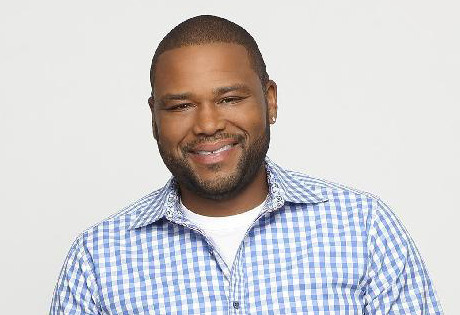 Start by filling out our no-obligation entertainment request form to check pricing and availability for Anthony Anderson or whoever else you may want.

Our Anthony Anderson agent will be happy to help you get Anthony Anderson's availability and booking fee, or the price and availability for any other A-List entertainer, band, comedian or celebrity you may want for your corporate event, private party, wedding, birthday party or public show.

The American writer and actor Anthony Anderson was born in 1970 in Los Angeles, California. Long before Anderson rose to prominence for his role on the hit television series Blackish, he grew up in Compton, where he became interested in comedy and acting. As a teenager, Anthony attended the Hollywood High School Performing Arts Magnet, and then Howard University after that, where he honed his writing and performing skills.

Anthony Anderson’s career got a big boost after he was offered the role of Kevin Bernard in Law & Order in 2008. But his biggest mainstream breakthrough was on the show Blackish, which earned Anderson not only Primetime Emmy Award nominations for Lead Actor in a Comedy Series, but also accolades for his writing on the show. Additional roles in film over the last few years include: Scream 4 (2011), The Big Year (2011), The Power of Few (2012), Grudge Match (2013), and The Town That Dreaded Sundown (2014.)

When he’s not appearing in films or on Blackish, Anthony Anderson also appears frequently on Iron Chef America and hosts his own series, Eating America with Anthony Anderson, which brings him to food festivals around the country. Anderson’s most recent film is Barbershop: The Next Cut, scheduled for release in 2016.

For more information on booking Anthony Anderson, please contact Booking Entertainment. One of our top booking agents will be happy to work on your behalf to get you the best possible price to book any big name entertainer for your upcoming public, private or corporate event worldwide.

Booking Entertainment works to get the best possible Anthony Anderson booking fee and Anthony Anderson price for our clients while also providing the celebrity or famous entertainer with the level of professionalism and industry norms that they expect from an event run by a professional booking agency and production management.

Booking Entertainment uses our agency / management relationships and over 25 years of production experience to help buyers of headline / top name entertainers and does not claim or represent itself as the exclusive Anthony Anderson agent, manager or management company for any of the artists on our site.

Booking Entertainment does not claim or represent itself as the exclusive booking agency, business manager, publicist, speakers bureau or management for Anthony Anderson or any artists or celebrities on this website.