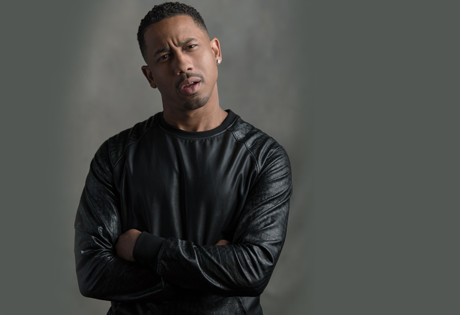 Start by filling out our no-obligation entertainment request form to check pricing and availability for Brandon T. Jackson or whoever else you may want.

The American actor, comedian, and writer Brandon T. Jackson was born in 1984 in Michigan. Jackson grew up in the Detroit area, where he was raised in a large family of strong faith; his father was a senior pastor at a local church and well-respected author of faith-related books. After graduating from high school, Brandon moved to Los Angeles, where he began performing stand-up, eventually bringing him offers for roles in film and on television.

Jackson’s big breakthrough came in the role of Junior in the film Roll Bounce in 2006. Brandon’s performance earned him a Black Reel Award for Breakthrough Performance, and led to roles in Super Sweet 16: The Movie (2007), This Christmas (2007), and Approaching Midnight (2008.) Another notable performance was in the comedy Tropic Thunder (2008), in the role of Alpa China, for which Jackson earned another Black Reel nomination for Best Supporting Actor.

Since that time, Brandon T. Jackson’s career has been steadily on the rise, with roles in movies such as: Days of Wrath (2008), Fast & Furious (2009), Tooth Fairy (2010), and Percy Jackson & the Olympians: The Lightning Thief, for which his performance as Grover Underwood earned him another Black Reel nomination. Jackson reprised his role for Percy Jackson: Sea of Monsters.

Most recently, Brandon T. Jackson has appeared in guest roles on the shows: Californication (2014), Drunk History (2014), and BoJack Horseman (2015.) Jackson currently appears as a regular on the series Mr. Robinson, in the role of Ben Robinson. His most recent film role is in the 2016 comedy, Get a Job.

For more information on booking Brandon T. Jackson, please contact Booking Entertainment. One of our top booking agents will be happy to work on your behalf to get you the best possible price to book any big name entertainer for your upcoming public, private or corporate event worldwide.

Booking Entertainment works to get the best possible Brandon T. Jackson booking fee and Brandon T. Jackson price for our clients while also providing the celebrity or famous entertainer with the level of professionalism and industry norms that they expect from an event run by a professional booking agency and production management.

Booking Entertainment uses our agency / management relationships and over 25 years of production experience to help buyers of headline / top name entertainers and does not claim or represent itself as the exclusive Brandon T. Jackson agent, manager or management company for any of the artists on our site.

Booking Entertainment does not claim or represent itself as the exclusive booking agency, business manager, publicist, speakers bureau or management for Brandon T. Jackson or any artists or celebrities on this website.