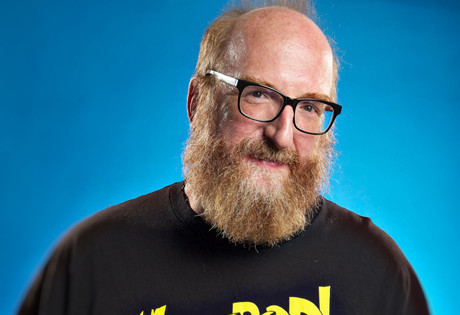 Start by filling out our no-obligation entertainment request form to check pricing and availability for Brian Posehn or whoever else you may want.

Our Brian Posehn agent will be happy to help you get Brian Posehn 's availability and booking fee, or the price and availability for any other A-List entertainer, band, comedian or celebrity you may want for your corporate event, private party, wedding, birthday party or public show.

Brian Posehn was born in 1966 in Sacramento, California. After graduating from Sacramento State University, Posehn began his career with small television roles on a number of series, including appearances on Friends, NewsRadio, Seinfeld, and Just Shoot Me! in the mid to late 1990’s. His work as a stand-up comic began to flourish during this period as well, and by the earlier part of the new millennium, Brian Posehn was appearing in film and television regularly.

Brian Posehn’s talents reach beyond the comedic, and he released his first album of music, Live In: Nerd Rage, in 2006. His album includes contributions from such notable musicians as Scott Ian, Joey Vera, John Tempesta, and Jonathan Donais, hailing from bands such as Anthrax, The Cult, and Shadows Fall. He has also provided voice-overs not only for animated television and film, but also for video games such as Star Warped and Halo 2, and co-wrote The Last Christmas, a comic book, with Gerry Duggan.

For more information on booking Brian Posehn , please contact Booking Entertainment. One of our top booking agents will be happy to work on your behalf to get you the best possible price to book any big name entertainer for your upcoming public, private or corporate event worldwide.

Booking Entertainment works to get the best possible Brian Posehn booking fee and Brian Posehn price for our clients while also providing the celebrity or famous entertainer with the level of professionalism and industry norms that they expect from an event run by a professional booking agency and production management.

Booking Entertainment uses our agency / management relationships and over 25 years of production experience to help buyers of headline / top name entertainers and does not claim or represent itself as the exclusive Brian Posehn agent, manager or management company for any of the artists on our site.

Booking Entertainment does not claim or represent itself as the exclusive booking agency, business manager, publicist, speakers bureau or management for Brian Posehn or any artists or celebrities on this website.