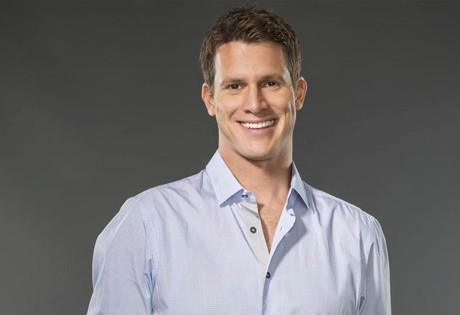 Start by filling out our no-obligation entertainment request form to check pricing and availability for Daniel Tosh or whoever else you may want.

Our Daniel Tosh agent will be happy to help you get Daniel Tosh's availability and booking fee, or the price and availability for any other A-List entertainer, band, comedian or celebrity you may want for your corporate event, private party, wedding, birthday party or public show.

Daniel Tosh was born in 1975 and grew up in Titusville, Florida. After graduating from the University of Central Florida in with a degree in marketing in 1996, Tosh made the big leap and moved across the country, settling in Los Angeles. He immediately began performing stand-up around town in comedy clubs, and appeared at the Just for Laughs festival in Montreal. The success of the performance, which was televised, led to an appearance on the Late Show with David Letterman, and his career took off from there.

Appearances on all the major late night shows followed, including Jimmy Kimmel Live! and the Tonight Show with Jay Leno. Following a thirty-minute special on Comedy Central Presents, the network premiered Daniel Tosh: Completely Serious, his first major stand-up feature, in 2007. The show was an enormous success, and within two years, his own Comedy Central show, Tosh. O, premiered in 2009. The show continues to be a huge success, and in the meantime, Daniel Tosh continues to perform stand-up and appear on television shows, such as his second Comedy Central special, Happy Thoughts, which aired in 2011.

Daniel Tosh continues to delight fans through Tosh.O, his regular stand-up specials, and national tours. His latest Comedy Central special, Daniel Tosh: People Pleaser, aired in 2016 and coincided with his “Great Nor’easter Tour,” which brought Tosh to live audiences throughout the nation.

For more information on booking Daniel Tosh, please contact Booking Entertainment. One of our top booking agents will be happy to work on your behalf to get you the best possible price to book any big name entertainer for your upcoming public, private or corporate event worldwide.

Booking Entertainment works to get the best possible Daniel Tosh booking fee and Daniel Tosh price for our clients while also providing the celebrity or famous entertainer with the level of professionalism and industry norms that they expect from an event run by a professional booking agency and production management.

Booking Entertainment uses our agency / management relationships and over 25 years of production experience to help buyers of headline / top name entertainers and does not claim or represent itself as the exclusive Daniel Tosh agent, manager or management company for any of the artists on our site.

Booking Entertainment does not claim or represent itself as the exclusive booking agency, business manager, publicist, speakers bureau or management for Daniel Tosh or any artists or celebrities on this website.