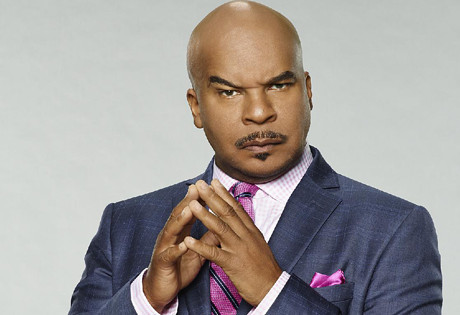 Start by filling out our no-obligation entertainment request form to check pricing and availability for David Alan Grier or whoever else you may want.

Our David Alan Grier agent will be happy to help you get David Alan Grier's availability and booking fee, or the price and availability for any other A-List entertainer, band, comedian or celebrity you may want for your corporate event, private party, wedding, birthday party or public show.

David Alan Grier was born in 1956 in Detroit, Michigan.  Before landing his breakthrough gig on the show In Living Color, Grier graduated from the University of Michigan and then the Yale School of Drama. Immediately following Yale, he began performing as Jackie Robinson in the musical The First, a role that earned him a Tony Award for Best Featured Actor. Other early roles for Grier include a National Public Radio show in 1980, a role in the film Streamers in 1983, as a professor on the television series A Different World, and in the film I’m Gonna Git You Sucka.

But Grier’s big breakthrough would come with the show In Living Color, in which he developed such memorable characters as Mr. Brooks, Al MacAfee, Calhoun Tubbs, and Antoine Merriweather. The success of the show led to dozens of other roles in film for David Alan Grier, including Boomerang, Blankman, McHale’s Navy, In the Army Now, and a critically acclaimed dramatic performances in Tales from the Hood. Since In Living Color’s cancellation, David Alan Grier has appeared in a number of television shows and films, such as The Preston Episodes, Life with Bonnie, Bones, and The Woodsman. He has hosted the shows Thank God You’re Here and Chocolate News, and is a regular guest on both Loveline and the Adam Carolla Show. He has also appeared on Dancing with the Stars.

Grier then returned to the stage for stand-up, performing live and for the Comedy Central network, including his own stand-up special, The Book of David: The Cult Figure’s Manifesto. He also returned to the Broadways stage for A Funny Thing Happened on the Way to the Forum and Race, which earned him another Tony nomination. In 2012, Grier appeared in Porgy and Bess, a role which has earned him yet another Tony nomination,

Today, David Alan Grier continues to perform. Grier most recently appeared in the role of the Cowardly Lion for the NBC adaptation of The Wiz in 2015; as of 2018 he continues to appearing the role of Hank on the series The Cool Kids. David also published his first book, Barack Like Me: The Chocolate-Covered Truth, in 2009.

For more information on booking David Alan Grier, please contact Booking Entertainment. One of our top booking agents will be happy to work on your behalf to get you the best possible price to book any big name entertainer for your upcoming public, private or corporate event worldwide.

Booking Entertainment works to get the best possible David Alan Grier booking fee and David Alan Grier price for our clients while also providing the celebrity or famous entertainer with the level of professionalism and industry norms that they expect from an event run by a professional booking agency and production management.

Booking Entertainment uses our agency / management relationships and over 25 years of production experience to help buyers of headline / top name entertainers and does not claim or represent itself as the exclusive David Alan Grier agent, manager or management company for any of the artists on our site.

Booking Entertainment does not claim or represent itself as the exclusive booking agency, business manager, publicist, speakers bureau or management for David Alan Grier or any artists or celebrities on this website.