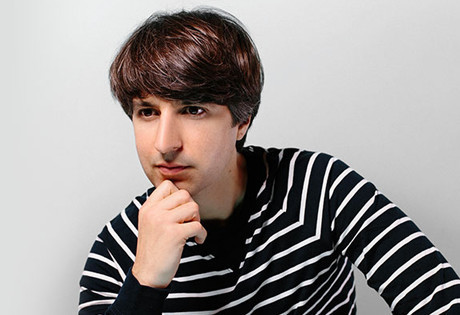 Start by filling out our no-obligation entertainment request form to check pricing and availability for Demetri Martin or whoever else you may want.

Our Demetri Martin agent will be happy to help you get Demetri Martin 's availability and booking fee, or the price and availability for any other A-List entertainer, band, comedian or celebrity you may want for your corporate event, private party, wedding, birthday party or public show.

Demetri Martin was born in 1973 in New York City. He grew up in New Jersey and was an accomplished academic as a young man; he actually turned down an invitation to attend Harvard Law School and instead attended New York University School of Law on a full scholarship.

Demetri’s big break as a comedian, however, came in 2001 when he appeared on Comedy Central’s Premium Blend.  Following his appearance, he quickly went on to appear at the Edinburgh Festival Fringe in 2003 and then joined the staff of he show Late Night with Conan O’Brien as a writer. By 2004, he’d earned his own stand-up special on Comedy Central Presents, and in 2005, he began regular appearances on The Daily Show, serving as the show’s “Senior Youth Correspondent.”  His first comedy DVD, These ARE jokes, was released 2006, and his first major film role came with the The Rocker (2008.) In 2009 he starred in the film Taking Woodstock, and later that same year, Demetri began his own television series on Comedy Central, Important Things with Demetri Martin. The show ran for two seasons.

Since that time, Demetri Martin has recorded and released the additional DVDs: Standup Comedian (2012) and Live *at the time (2015), which aired first as a Netflix special. The network again aired his most recent special, Demetri Martin: The Overthinker, in 2018.

For more information on booking Demetri Martin , please contact Booking Entertainment. One of our top booking agents will be happy to work on your behalf to get you the best possible price to book any big name entertainer for your upcoming public, private or corporate event worldwide.

Booking Entertainment works to get the best possible Demetri Martin booking fee and Demetri Martin price for our clients while also providing the celebrity or famous entertainer with the level of professionalism and industry norms that they expect from an event run by a professional booking agency and production management.

Booking Entertainment uses our agency / management relationships and over 25 years of production experience to help buyers of headline / top name entertainers and does not claim or represent itself as the exclusive Demetri Martin agent, manager or management company for any of the artists on our site.

Booking Entertainment does not claim or represent itself as the exclusive booking agency, business manager, publicist, speakers bureau or management for Demetri Martin or any artists or celebrities on this website.