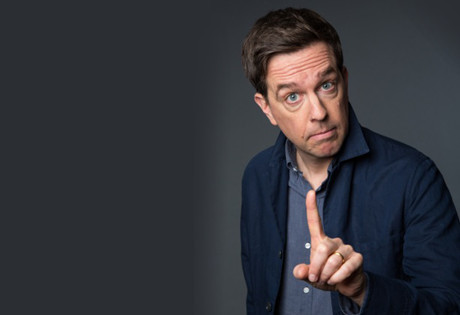 Start by filling out our no-obligation entertainment request form to check pricing and availability for Ed Helms or whoever else you may want.

Our Ed Helms agent will be happy to help you get Ed Helms's availability and booking fee, or the price and availability for any other A-List entertainer, band, comedian or celebrity you may want for your corporate event, private party, wedding, birthday party or public show.

Ed Helms was born Edward Parker Helms in 1974 in Atlanta, Georgia.  Long before Helms grew up to become associated with his roles on the television show The Office and in The Hangover film trilogy, he attended Oberlin College with the initial goal of becoming a geologist. However, after switching his major to film studies, Ed began to work as a sketch comedy writer and performer in New York City, teaming up with the legendary Upright Citizens Brigade.

It was his work as a voice over artist that initially brought Helms to his first agent, who helped him to arrange an audition for a role on The Daily Show. Ed impressed the producers enough that he became a regular on the program, contributing to satirical “field reports” between 2002 and 2006. His work on The Daily Show led Ed Helms to the television series The Office, in which he appeared in the role of Andy Bernard. Helms remained on the show until 2013, and during that time accumulated numerous award nominations for his work.

Ed Helms will next appear in the re-boot sequel of the classic film Vacation, originally starting Chevy Chase. In Vacation (2105), Helms will take on the role of an adult Rusty Griswold, following in his father’s footsteps on the family vacation. Helms is also scheduled to appear in Central Intelligence (2016) and Captain Underpants (2017.)

For more information on booking Ed Helms, please contact Booking Entertainment. One of our top booking agents will be happy to work on your behalf to get you the best possible price to book any big name entertainer for your upcoming public, private or corporate event worldwide.

Booking Entertainment works to get the best possible Ed Helms booking fee and Ed Helms price for our clients while also providing the celebrity or famous entertainer with the level of professionalism and industry norms that they expect from an event run by a professional booking agency and production management.

Booking Entertainment uses our agency / management relationships and over 25 years of production experience to help buyers of headline / top name entertainers and does not claim or represent itself as the exclusive Ed Helms agent, manager or management company for any of the artists on our site.

Booking Entertainment does not claim or represent itself as the exclusive booking agency, business manager, publicist, speakers bureau or management for Ed Helms or any artists or celebrities on this website.