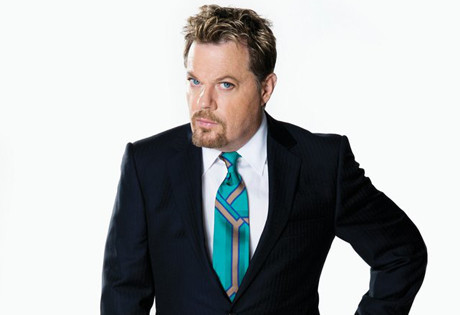 Start by filling out our no-obligation entertainment request form to check pricing and availability for Eddie Izzard or whoever else you may want.

Our Eddie Izzard agent will be happy to help you get Eddie Izzard 's availability and booking fee, or the price and availability for any other A-List entertainer, band, comedian or celebrity you may want for your corporate event, private party, wedding, birthday party or public show.

Eddie Izzard was born in 1962 in Yemen, while his father was working for British Petroleum. He grew up in Wales, however, and following his mother’s early death attended a variety of boarding schools. Izzard claims that two truths came to him early on in life, both which would help shape his future career: first, that he was a transvestite by nature, and; second, that he was going to grow up to be an actor.

Izzard’s early experiments with comedy began in his university days when he and a classmate used to perform in the Covent Garden area of London. Eddie eventually took his street performances to the rest of Europe and the United States, and his first real gig was in the mid 1980’s as a performer at London’s Banana Cabaret. In 1987, he performed at the Comedy Store in London, and by the early 1990’s, Eddie came into the comedy circuit full-force with performances at the Edinburgh Festival and in the AIDS benefit Hysteria 3. In 1996, Izzard earned his first role in The Secret Agent, a film which introduced him to Robin Williams, who would go on to become one of his biggest champions and help him jump-start a career. Williams helped Eddie Izzard bring his show, Definite Article, to New York, and then launched his follow-up show, Dress to Kill, as an opening act for his own performances. Dress to Kill was eventually aired on HBO to enormous success, and the show ultimately went on to earn him two Emmys by the new millennium.

Eddie Izzard is currently listed at the very top of the 100 Greatest British National Comedians and ranks on Comedy Central’s 100 Greatest Stand-ups of All Time. In addition to his contributions to comedy, Eddie Izzard is also an active voice for a variety of political issues, most notably the call for change to the British electoral system. His activism has many questioning whether or not he may consider running for a political office at some point in the future. In the United States, he has also championed for support to restore and rebuild New Orleans, and even donated all his proceeds from a 2008 performance in the area to the Neighborhood Housing Services of New Orleans.

For more information on booking Eddie Izzard , please contact Booking Entertainment. One of our top booking agents will be happy to work on your behalf to get you the best possible price to book any big name entertainer for your upcoming public, private or corporate event worldwide.

Booking Entertainment works to get the best possible Eddie Izzard booking fee and Eddie Izzard price for our clients while also providing the celebrity or famous entertainer with the level of professionalism and industry norms that they expect from an event run by a professional booking agency and production management.

Booking Entertainment uses our agency / management relationships and over 25 years of production experience to help buyers of headline / top name entertainers and does not claim or represent itself as the exclusive Eddie Izzard agent, manager or management company for any of the artists on our site.

Booking Entertainment does not claim or represent itself as the exclusive booking agency, business manager, publicist, speakers bureau or management for Eddie Izzard or any artists or celebrities on this website.