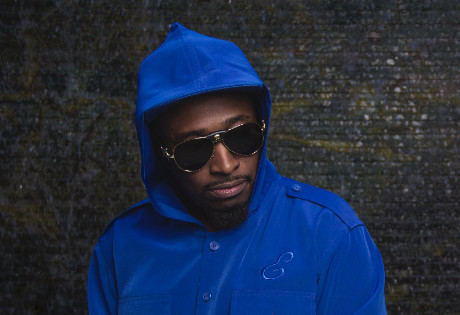 Start by filling out our no-obligation entertainment request form to check pricing and availability for Eddie Griffin or whoever else you may want.

Our Eddie Griffin agent will be happy to help you get Eddie Griffin's availability and booking fee, or the price and availability for any other A-List entertainer, band, comedian or celebrity you may want for your corporate event, private party, wedding, birthday party or public show.

The actor and comedian Eddie Griffin was born in 1968 in Kansas City, Missouri. Eddie initially had aspirations to become a biological engineer, but his interest in acting led to a series of small roles in a number of films in the 1990’s, including Jason’s Lyric (1994), Armageddon (1998), and Deuce Bigalow: Male Gigolo (1999.) His biggest breakthrough came with the role of Eddie Sherman, alongside Malcolm-Jamal Warner in the sitcom Malcolm & Eddie, which aired from 1996 to 2000.

After Malcolm & Eddie concluded, Eddie Griffin went on to star in such features as Undercover Brother (2002), Scary Movie 3 (2003), Date Movie (2006), Urban Justice (2007), and Beethoven’s Big Break (2008.) Griffin also launched a stand-up career, ranking on Comedy Central’s list of 100 Greatest Stand-ups of All Time. In addition to his acting and stand-up, Eddie Griffin is also a well-respected musician, performing on a number of tracks for other artists’ albums. To date, he has appeared on albums with: Snoop Dogg, The D.O.C., Traci Nelson, Dr. Drew, Crooked I, Xzibit, Spider Loc, and T-Pain. He has also appeared in a number of music videos, including Mariah Carey’s “Butterfly” and Puff Daddy’s “Can’t Nobody Hold Me Down.”

Eddie Griffin continues to collaborating musically, perform stand-up and act. He recently appeared in a series of commercials for Miller Beer.

For more information on booking Eddie Griffin, please contact Booking Entertainment. One of our top booking agents will be happy to work on your behalf to get you the best possible price to book any big name entertainer for your upcoming public, private or corporate event worldwide.

Booking Entertainment works to get the best possible Eddie Griffin booking fee and Eddie Griffin price for our clients while also providing the celebrity or famous entertainer with the level of professionalism and industry norms that they expect from an event run by a professional booking agency and production management.

Booking Entertainment uses our agency / management relationships and over 25 years of production experience to help buyers of headline / top name entertainers and does not claim or represent itself as the exclusive Eddie Griffin agent, manager or management company for any of the artists on our site.

Booking Entertainment does not claim or represent itself as the exclusive booking agency, business manager, publicist, speakers bureau or management for Eddie Griffin or any artists or celebrities on this website.