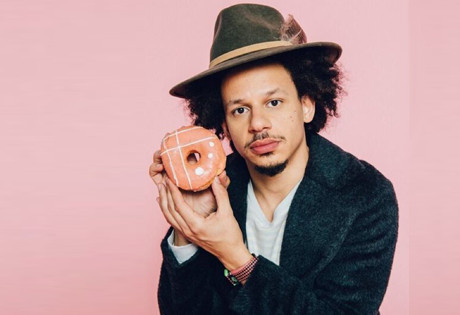 Start by filling out our no-obligation entertainment request form to check pricing and availability for Eric Andre or whoever else you may want.

Our Eric Andre agent will be happy to help you get Eric Andre's availability and booking fee, or the price and availability for any other A-List entertainer, band, comedian or celebrity you may want for your corporate event, private party, wedding, birthday party or public show.

The American comedian and actor Eric Andre was born in 1983. Eric initially grew up with dreams of studying music, and so he initially attended the prestigious Berklee College of Music in Boston, Massachusetts, where he studied bass. But by the late 2000’s, Andre’s interested in performance had shifted, and he began to accept roles in films, starting with a bit part in The Invention of Lying (2009.)

Eric Andre’s next role was in the television movie Level Up, which aired in 2011. A roles in The Internship (2013) followed, as did appearances on Curb Your Enthusiasm, The Big Bang Theory, Two Broke Girls, and Hot in Cleveland. In 2012, Eric Andre joined the cast of Don’t Trust the B--- in Apartment 23, his first main and recurring role.

Around the same time, Andre created and hosted the Cartoon Network’s talk-show parody, The Eric Andre Show. The show became his big breakthrough, and since that time Andre’s career has been on the rise. Today, Eric Andre is best known for The Eric Andre Show and his role as Mike on the series Man Seeking Woman, which launched in 2015 and has been renewed for a second season.

Eric Andre is definitely a talent with a growing career and one to watch. He most recently appeared in the film Flock of Dudes, scheduled for release in 2016.

For more information on booking Eric Andre, please contact Booking Entertainment. One of our top booking agents will be happy to work on your behalf to get you the best possible price to book any big name entertainer for your upcoming public, private or corporate event worldwide.

Booking Entertainment works to get the best possible Eric Andre booking fee and Eric Andre price for our clients while also providing the celebrity or famous entertainer with the level of professionalism and industry norms that they expect from an event run by a professional booking agency and production management.

Booking Entertainment uses our agency / management relationships and over 25 years of production experience to help buyers of headline / top name entertainers and does not claim or represent itself as the exclusive Eric Andre agent, manager or management company for any of the artists on our site.

Booking Entertainment does not claim or represent itself as the exclusive booking agency, business manager, publicist, speakers bureau or management for Eric Andre or any artists or celebrities on this website.