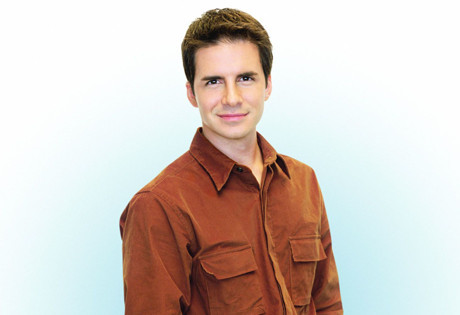 Start by filling out our no-obligation entertainment request form to check pricing and availability for Hal Sparks or whoever else you may want.

Our Hal Sparks agent will be happy to help you get Hal Sparks's availability and booking fee, or the price and availability for any other A-List entertainer, band, comedian or celebrity you may want for your corporate event, private party, wedding, birthday party or public show.

The American actor and comedian Hal Sparks was born in 1969 in Cincinnati, Ohio. Hal spent his early years growing up in Kentucky, and then moved to the Chicago area of Illinois for his high school years. As a student, Sparks was very involved in drama and theater, and to this day he credits an influential teacher for encouraging him to explore his natural talents.

By the time he was seventeen Hal had already been performing stand up comedy in local venues, earning himself the title of the Chicago Sun Time’s “ Chicago’s Funniest Teenager.” After graduation, Sparks moved to Los Angeles to begin pursuit of a full-time career in comedy. Early roles include small parts on television series such as Lois & Clark: The New Adventures of Superman, Dr. Quinn, Medicine Woman, and Night Stand. Hal also appeared in the film Lost & Found in 1999, and later that year, he landed his breakthrough role as the host of E! Entertainment’s Talk Soup.

Talk Soup was followed by another major role for Sparks, on the television series Queer As Folk, in the role of Michael Novotny. Hal remained with the show for five seasons, and during that time he also appeared in the films: Dude, Where’s My Car? (2000), Dickie Roberts: Former Child Star (2003), Lightning Bug (2004), and Spider-Man 2 (2004.)

Today, Hal Sparks is well known for his role as Donald Davenport on the Disney channel series Lab Rats, as well as his numerous appearances on VH1’s “I Love…” series, which provides a recap of significant pop culture aspects of each decade. Hal Sparks also fronts his own rock band, ZERO 1, which released a self-titled debut in 2006 and continues to perform.

When not performing as a comedian, musician, or actor, Hal Sparks frequently appears in support of a number of charities, including Farm Sanctuary and AIDS Walk.

For more information on booking Hal Sparks, please contact Booking Entertainment. One of our top booking agents will be happy to work on your behalf to get you the best possible price to book any big name entertainer for your upcoming public, private or corporate event worldwide.

Booking Entertainment works to get the best possible Hal Sparks booking fee and Hal Sparks price for our clients while also providing the celebrity or famous entertainer with the level of professionalism and industry norms that they expect from an event run by a professional booking agency and production management.

Booking Entertainment uses our agency / management relationships and over 25 years of production experience to help buyers of headline / top name entertainers and does not claim or represent itself as the exclusive Hal Sparks agent, manager or management company for any of the artists on our site.

Booking Entertainment does not claim or represent itself as the exclusive booking agency, business manager, publicist, speakers bureau or management for Hal Sparks or any artists or celebrities on this website.