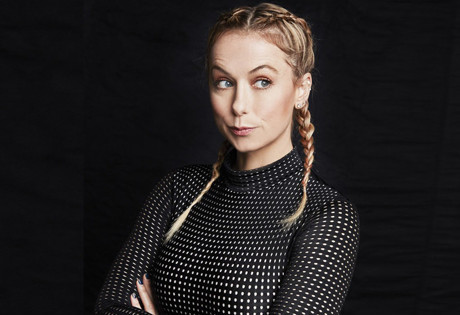 Start by filling out our no-obligation entertainment request form to check pricing and availability for Iliza Shlesinger or whoever else you may want.

Our Iliza Shlesinger agent will be happy to help you get Iliza Shlesinger's availability and booking fee, or the price and availability for any other A-List entertainer, band, comedian or celebrity you may want for your corporate event, private party, wedding, birthday party or public show.

Iliza Vie Shlesinger was born in 1983 in Dallas, Texas. Long before Shlesinger became one of America’s most notable up and coming comedians, after winning the television competition Last Comic Standing in its sixth season, she studied the art of improv while still in high school. In college, Iliza participated in her school’s comedy sketch group, and after graduating she moved to Los Angeles to begin pursuing a full-time career as a comedian.

Shlesinger quickly became known as one of Los Angeles’ most talented performers, appearing at a number of high profile venues, including Hollywood’s The Improv. After winning the Myspace competition So You Think You’re Funny in 2007, Iliza went on to appear on a number of television shows, including Comedy Central Presents, the History Channel’s History of a Joke, and John Oliver’s New York Stand Up Show.

In 2008, Iliza rose to prominence as Last Comic Standing’s youngest winner and sole female winner thus far in the show’s competition. The achievement led to a role hosting the reality-based competition Excused, which Shlesinger continued to do until 2013. Most recently, Eliza Shlesinger appeared at the Melbourne International Comedy Festival in 2013, and in the film Paradise, alongside a cast including Russel Brand and Octavia Spencer.

For more information on booking Iliza Shlesinger, please contact Booking Entertainment. One of our top booking agents will be happy to work on your behalf to get you the best possible price to book any big name entertainer for your upcoming public, private or corporate event worldwide.

Booking Entertainment works to get the best possible Iliza Shlesinger booking fee and Iliza Shlesinger price for our clients while also providing the celebrity or famous entertainer with the level of professionalism and industry norms that they expect from an event run by a professional booking agency and production management.

Booking Entertainment uses our agency / management relationships and over 25 years of production experience to help buyers of headline / top name entertainers and does not claim or represent itself as the exclusive Iliza Shlesinger agent, manager or management company for any of the artists on our site.

Booking Entertainment does not claim or represent itself as the exclusive booking agency, business manager, publicist, speakers bureau or management for Iliza Shlesinger or any artists or celebrities on this website.