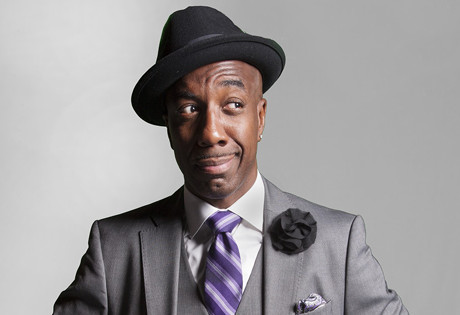 Start by filling out our no-obligation entertainment request form to check pricing and availability for JB Smoove or whoever else you may want.

Our JB Smoove agent will be happy to help you get JB Smoove's availability and booking fee, or the price and availability for any other A-List entertainer, band, comedian or celebrity you may want for your corporate event, private party, wedding, birthday party or public show.

American comedian and writer JB Smoove was born Jerry Brooks Smoove in 1965 in Plymouth, North Carolina. Long before Smoove rose to fame for his role on Curb Your Enthusiasm, he grew up in the Mount Vernon area of New York, graduating from high school and entering Norfolk State University, where he began writing material and practicing his stand-up comedy routines.

JB’s earliest roles were on such television shows as Everybody Hates Chris, and in the mid 2000’s he began working as a writer on Saturday Night Live. Small film roles during this time include: Pootie Tang (2001), Mr. Deeds (2002), With or Without You (2003), and Gas (2004.) His work as both a writer and performer led to roles on the sitcom ‘Til Death and the sketch comedy show Cedric the Entertainer Presents. In 2007, JB Smoove was offered his breakthrough role of Leon Black in the HBO series Curb Your Enthusiasm, a role which he has continued since.

Currently, JB Smoove can be seen on the television series Real Husbands of Hollywood, and on the reality competition series Last Comic Standing. He most recently voiced the character of Sal the Demon for the 2015 film, Hell and Back.

For more information on booking JB Smoove, please contact Booking Entertainment. One of our top booking agents will be happy to work on your behalf to get you the best possible price to book any big name entertainer for your upcoming public, private or corporate event worldwide.

Booking Entertainment works to get the best possible JB Smoove booking fee and JB Smoove price for our clients while also providing the celebrity or famous entertainer with the level of professionalism and industry norms that they expect from an event run by a professional booking agency and production management.

Booking Entertainment uses our agency / management relationships and over 25 years of production experience to help buyers of headline / top name entertainers and does not claim or represent itself as the exclusive JB Smoove agent, manager or management company for any of the artists on our site.

Booking Entertainment does not claim or represent itself as the exclusive booking agency, business manager, publicist, speakers bureau or management for JB Smoove or any artists or celebrities on this website.