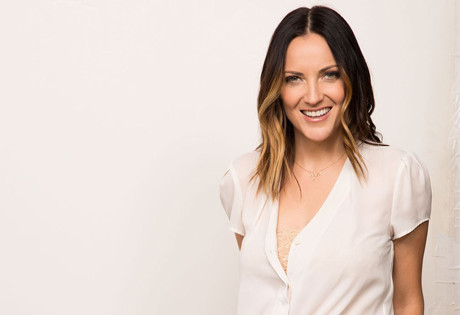 Start by filling out our no-obligation entertainment request form to check pricing and availability for Jen Kirkman or whoever else you may want.

Our Jen Kirkman agent will be happy to help you get Jen Kirkman's availability and booking fee, or the price and availability for any other A-List entertainer, band, comedian or celebrity you may want for your corporate event, private party, wedding, birthday party or public show.

The American comedian and actress Jen Kirkman was born and raised in Needham, Massachusetts. Although today she is best known for her appearances on Chelsea Lately, Kirkman has been immersed in comedy every since her college days as a student in Boston. After studying acting for four years, Jen began making appearances on late night shows and on the stand-up circuit in the early 2000’s.

In the mid 2000’s, Jen Kirkman joined the writing team for the television show Chelsea Lately, and she has since remained with the show both as a writer and a roundtable regular. In addition to her work on Chelsea Lately, Kirkman also released her debut comedy album, Self Help, to critical acclaim in 2006. Her second album, Hail to the Freaks, arrived in 2011 and was also highly praised by critics.

In recent years, Jen Kirkman has appeared on nearly every late night talk show, and she remains a regular on the comedy circuit in Los Angeles, performing her stand-up at the Laugh Factory, Hollywood Improve, and Upright Citizens Brigade Theater. In 2009, Kirkman was named on of the top rising stars of comedy by Entertainment Weekly, a distinction echoed by both The Huffington Post and MSN one year later.

For more information on booking Jen Kirkman, please contact Booking Entertainment. One of our top booking agents will be happy to work on your behalf to get you the best possible price to book any big name entertainer for your upcoming public, private or corporate event worldwide.

Booking Entertainment works to get the best possible Jen Kirkman booking fee and Jen Kirkman price for our clients while also providing the celebrity or famous entertainer with the level of professionalism and industry norms that they expect from an event run by a professional booking agency and production management.

Booking Entertainment uses our agency / management relationships and over 25 years of production experience to help buyers of headline / top name entertainers and does not claim or represent itself as the exclusive Jen Kirkman agent, manager or management company for any of the artists on our site.

Booking Entertainment does not claim or represent itself as the exclusive booking agency, business manager, publicist, speakers bureau or management for Jen Kirkman or any artists or celebrities on this website.