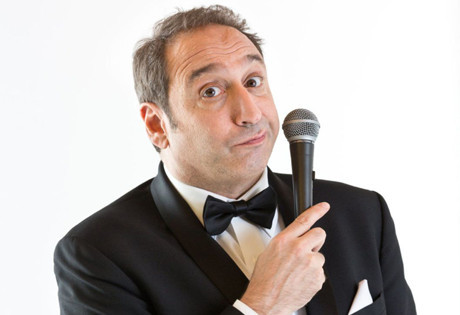 Start by filling out our no-obligation entertainment request form to check pricing and availability for Jeremy Hotz or whoever else you may want.

Our Jeremy Hotz agent will be happy to help you get Jeremy Hotz's availability and booking fee, or the price and availability for any other A-List entertainer, band, comedian or celebrity you may want for your corporate event, private party, wedding, birthday party or public show.

The Canadian actor and comedian Jeremy Hotz was born in 1963. Hotz moved to California in the 1990’s and began working as both a writer and actor on a number of television shows, including the Jon Stewart Show. Before leaving Canada, Hotz was known in his native country for his Comics! Series, which aired on the CBC network and earned him critical accolades in Canada.

After relocating to the United States, Jeremy Hotz performed his unique style of stand-up for many television shows, such as The Tonight Show with Jay Leno, Late Show with David Letterman, and Comedy Central Presents. In 2010, Hotz released the comedy CD Lost Bird and also the DVD What a Miserable DVD This Is. Noted for a very improvisational delivery style, Hotz’s on-stage “character” often appears to be confused by the everyday and mundane, and frequently identifies locations and experiences as “miserable.” He is also known for reaching directly into the audience for material during his stand-up routines, rolling with the participant’s response as the comedic bit evolves.

Currently, Jeremy Hotz just wrapped filming the pilot episode for his freshly developed comedy series, “My Life and a Movie.” Hotz has been recognized with multiple Gemini Awards and Canadian Comedy Awards for his stand-up performances and guest appearances on shows.

For more information on booking Jeremy Hotz, please contact Booking Entertainment. One of our top booking agents will be happy to work on your behalf to get you the best possible price to book any big name entertainer for your upcoming public, private or corporate event worldwide.

Booking Entertainment works to get the best possible Jeremy Hotz booking fee and Jeremy Hotz price for our clients while also providing the celebrity or famous entertainer with the level of professionalism and industry norms that they expect from an event run by a professional booking agency and production management.

Booking Entertainment uses our agency / management relationships and over 25 years of production experience to help buyers of headline / top name entertainers and does not claim or represent itself as the exclusive Jeremy Hotz agent, manager or management company for any of the artists on our site.

Booking Entertainment does not claim or represent itself as the exclusive booking agency, business manager, publicist, speakers bureau or management for Jeremy Hotz or any artists or celebrities on this website.