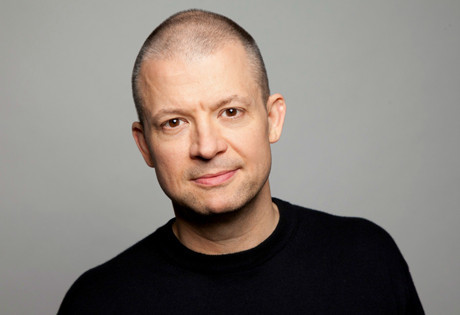 Start by filling out our no-obligation entertainment request form to check pricing and availability for Jim Norton or whoever else you may want.

Our Jim Norton agent will be happy to help you get Jim Norton 's availability and booking fee, or the price and availability for any other A-List entertainer, band, comedian or celebrity you may want for your corporate event, private party, wedding, birthday party or public show.

Jim Norton was born in 1968 in Bayonne, New Jersey. Norton rose to fame when he became a regular guest on the Opie & Anthony Show in 2000. Ever since, he’s been a constant presence in comedy entertainment, on radio, television and stage.

Jim Norton’s first two comedy albums, Yellow Discipline (2003) and Trinkets I Own Made from Gorilla Hands (2005), were met with enormous success and earned him his first stand-up special on HBO in 2005. His second special followed only two years later, and in between, in 2006, Jim Norton joined the cast of the HBO series Lucky Louie in the role of Rich. Roles on The Gong Show with Dave Attell and the FX series, Louie, followed. Most recently, in 2010, The Jim Norton Show launched on Raw Dog Comedy, and Jim Norton is a frequent guest on Red Eye w/ Greg Gutfield and The Jay Leno Show.

Jim Norton’s most recent albums, Despicable and No Baby for You!, were released in 2011 and 2012, respectively.  His DVDs include One Night Stand: Jim Norton (2005), Monster Rain (2007), Down and Dirty with Jim Norton (2009), and Please Be Offended (2012.) Norton has also published two successful comedy books, Happy Endings: Tales of a Meaty-Breasted Zilch (2007) and I Hate Your Guts (2008.) Both have been highly successful, appearing on the best-seller lists.

Jim Norton can still be seen performing stand-up live regularly. He performs at a number of high-profile clubs around the country, frequently appearing at venues such as Caroline’s and the Comedy Cellar. He has also performed at larger festivals, including Bonnarroo in 2008.

For more information on booking Jim Norton , please contact Booking Entertainment. One of our top booking agents will be happy to work on your behalf to get you the best possible price to book any big name entertainer for your upcoming public, private or corporate event worldwide.

Booking Entertainment works to get the best possible Jim Norton booking fee and Jim Norton price for our clients while also providing the celebrity or famous entertainer with the level of professionalism and industry norms that they expect from an event run by a professional booking agency and production management.

Booking Entertainment uses our agency / management relationships and over 25 years of production experience to help buyers of headline / top name entertainers and does not claim or represent itself as the exclusive Jim Norton agent, manager or management company for any of the artists on our site.

Booking Entertainment does not claim or represent itself as the exclusive booking agency, business manager, publicist, speakers bureau or management for Jim Norton or any artists or celebrities on this website.