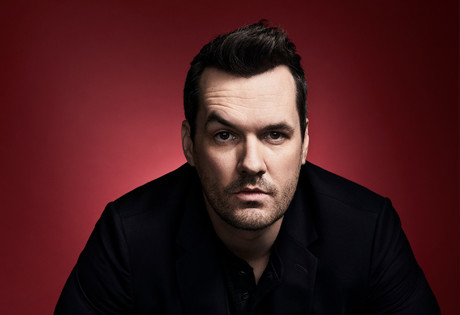 Start by filling out our no-obligation entertainment request form to check pricing and availability for Jim Jefferies or whoever else you may want.

Our Jim Jefferies agent will be happy to help you get Jim Jefferies 's availability and booking fee, or the price and availability for any other A-List entertainer, band, comedian or celebrity you may want for your corporate event, private party, wedding, birthday party or public show.

The stand-up comedian known as Jim Jefferies was born Geoff Nugent in 1977 in Australia. Jim rose to notoriety and fame through a most unusual circumstance; while performing at the Manchester Comedy Store in 2008, Jefferies was actually attacked on stage and the video capturing the incident went viral. Although Jefferies was well-known as a comedian in Australia, the attack led to worldwide recognition, and it wasn’t long before HBO offered him his first stand-up special, which was enormously successful.

Since that time, Jim has also appeared on Comedy Central multiple times and on a number of BBC Television programs, including 8 out of 10 Cats, Have I Got News for You, and The Heaven and Earth Show. Jim’s live performances include multiple well-known festivals, including the Reading and Leeds Festival, Edinburgh Fringe Festival, and the Glastonbury Festival. Jefferies’s stand-up DVDs have sold well, going back to his first release, Contraband, which depicted the on-stage incident from 2008. Others include I Swear to God (2009), Alcoholocaust (2010), and Fully Functional (2012.)

Most recently, Jim Jefferies launched his FX comedy series, Legit, which premiered in 2013. The show has been renewed for another season for 2014.

For more information on booking Jim Jefferies , please contact Booking Entertainment. One of our top booking agents will be happy to work on your behalf to get you the best possible price to book any big name entertainer for your upcoming public, private or corporate event worldwide.

Booking Entertainment works to get the best possible Jim Jefferies booking fee and Jim Jefferies price for our clients while also providing the celebrity or famous entertainer with the level of professionalism and industry norms that they expect from an event run by a professional booking agency and production management.

Booking Entertainment uses our agency / management relationships and over 25 years of production experience to help buyers of headline / top name entertainers and does not claim or represent itself as the exclusive Jim Jefferies agent, manager or management company for any of the artists on our site.

Booking Entertainment does not claim or represent itself as the exclusive booking agency, business manager, publicist, speakers bureau or management for Jim Jefferies or any artists or celebrities on this website.