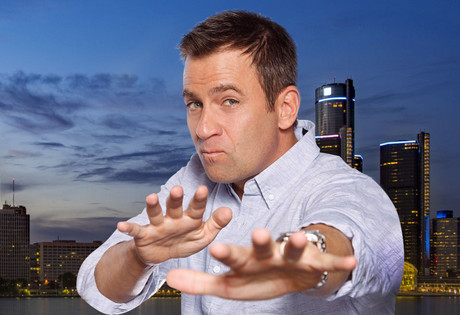 Start by filling out our no-obligation entertainment request form to check pricing and availability for John Hefferon or whoever else you may want.

Our John Hefferon agent will be happy to help you get John Hefferon's availability and booking fee, or the price and availability for any other A-List entertainer, band, comedian or celebrity you may want for your corporate event, private party, wedding, birthday party or public show.

The American comedian John Heffron was born in 1970 in Detroit, Michigan. Heffron got his start on the comedy circuit while still attending Eastern Michigan University; it was not unusual for him to forgo his classes to instead perform stand-up at various venues in the area, and so after graduation, John began touring the college comedy circuit, clocking in nearly one hundred performances in a year.

The approach was hugely successful; by the time he’d reached his mid-20’s, Heffron was well-known to the college and twenty-something crowd. When he was twenty-five, John began working as a sidekick to Danny Bonaduce on his morning radio show, remaining with the Detroit-based station for five years.

After leaving the station, Heffron returned to California and has since become well-known for his standup on television programs such as The Late Late Show with Craig Kilborn, Comedy Central Presents, and The Tonight Show with Jay Leno. In 2004, John Heffron’s career got a recent boost after he won the second season of the reality competition show, Last Comic Standing. He followed his success with the release of the comedy CD Good Kid, Bad Adult (2005) and has since also released The Better Half (2006) and Kid With a Cape (2007.)

John Heffron is still enjoying a career on the rise, and he is definitely a comic to watch in the near future. Heffron is also the entrepreneur behind That Guy Game, a board game which sends its participants on a scavenger hunt for men. There’s a rumor that a television pilot based on the game may be in the works in the near future.

For more information on booking John Hefferon, please contact Booking Entertainment. One of our top booking agents will be happy to work on your behalf to get you the best possible price to book any big name entertainer for your upcoming public, private or corporate event worldwide.

Booking Entertainment works to get the best possible John Hefferon booking fee and John Hefferon price for our clients while also providing the celebrity or famous entertainer with the level of professionalism and industry norms that they expect from an event run by a professional booking agency and production management.

Booking Entertainment uses our agency / management relationships and over 25 years of production experience to help buyers of headline / top name entertainers and does not claim or represent itself as the exclusive John Hefferon agent, manager or management company for any of the artists on our site.

Booking Entertainment does not claim or represent itself as the exclusive booking agency, business manager, publicist, speakers bureau or management for John Hefferon or any artists or celebrities on this website.