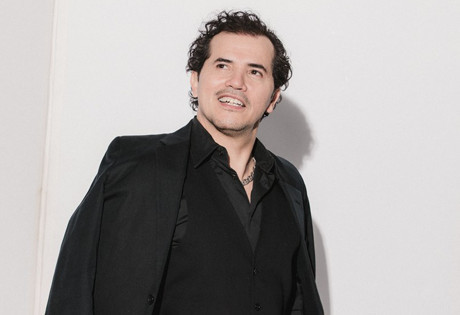 Start by filling out our no-obligation entertainment request form to check pricing and availability for John Leguizamo or whoever else you may want.

Our John Leguizamo agent will be happy to help you get John Leguizamo's availability and booking fee, or the price and availability for any other A-List entertainer, band, comedian or celebrity you may want for your corporate event, private party, wedding, birthday party or public show.

The actor John Leguizamo was born in 1964 in Bogota, Columbia. Long before Leguizamo rose to become one of the era’s most notable producers, writers, and actors, he immigrated with his family to the United States, settling in the Queens area of New York City. Leguizamo credits the rough neighborhoods of his upbringing for helping him to develop his comedic skills, and as a young child John attest to having used comedy to avoid getting into fights and verbal confrontations.

After graduating from high school, John Leguizamo enrolled in the Tisch School of the Arts at New York’s prestigious New York University, but chose to drop out instead to pursue a career as a stand-up comic. By the early 1990’s, John was a frequent face on the local comedy circuit, and even began to garner small roles on television and in film, including a small part on Miami Vice and small roles in: Die Hard 2 (1990), Regarding Henry (1991), and Night Owl (1993.)

John Leguizamo’s first starring role was in Whispers in the Dark in 1992, but he received a bit career boost after appearing in the Super Mario Bros. film in 1993. Although a box office failure, Leguizamo turned out a strong performance which led to a growing list of offers for more complex roles. One of those roles, as Tybalt in the Baz Luhrmann re-boot of the classic Romeo & Juliet, placed John against heavy-hitters Leonardo DiCaprio and Claire Danes, in a role which earned him significant critical praise.

John Leguizamo continues to act and produce. He recently appeared in the films Stealing Cars, American Ultra, and Sisters, all released in 2015. He is scheduled to appear in the films The Infiltrator and The Godmother, both expected to release in 2016.

For more information on booking John Leguizamo, please contact Booking Entertainment. One of our top booking agents will be happy to work on your behalf to get you the best possible price to book any big name entertainer for your upcoming public, private or corporate event worldwide.

Booking Entertainment works to get the best possible John Leguizamo booking fee and John Leguizamo price for our clients while also providing the celebrity or famous entertainer with the level of professionalism and industry norms that they expect from an event run by a professional booking agency and production management.

Booking Entertainment uses our agency / management relationships and over 25 years of production experience to help buyers of headline / top name entertainers and does not claim or represent itself as the exclusive John Leguizamo agent, manager or management company for any of the artists on our site.

Booking Entertainment does not claim or represent itself as the exclusive booking agency, business manager, publicist, speakers bureau or management for John Leguizamo or any artists or celebrities on this website.