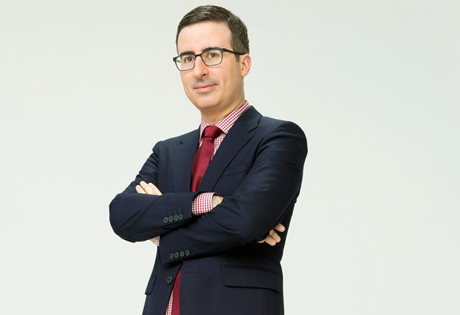 Start by filling out our no-obligation entertainment request form to check pricing and availability for John Oliver or whoever else you may want.

Our John Oliver agent will be happy to help you get John Oliver's availability and booking fee, or the price and availability for any other A-List entertainer, band, comedian or celebrity you may want for your corporate event, private party, wedding, birthday party or public show.

British comedian John Oliver was born in 1977 in Birmingham, England. Before Oliver rose to fame for his work on the hit television show The Daily Show with Jon Stewart, he developed a love of theater and comedy as a child, eventually joining the Cambridge University comedy troupe the Cambridge Footlights. After graduating from college with a degree in English, John Oliver began performing stand-up, participating in such festivals as the Edinburgh Festival Fringe.

Eventually, John Oliver caught the attention of the Daily Show in New York, and in 2006 he moved to the United States to begin his Emmy Award winning work on the series as the show’s “Senior British Correspondent.” At the same time, though, Oliver continued to perform stand-up around the New York City area, often appearing at smaller clubs and occasionally headlining larger venues. His debut stand-up special, John Oliver: Terrifying Times, debuted in 2008 on the Comedy Central network, and since 2010 he has hosted his own John Oliver’s New York Stand-up Show on the network, featuring his own stand-up comedy and the comedy of other up and coming artists.

In addition to those roles, John Oliver has appeared on the NBC comedy Community in a recurring role as Dr. Ian Duncan. Most recently, Oliver left the Daily Show to host his own HBO show, Last Week Tonight with John Oliver.

For more information on booking John Oliver, please contact Booking Entertainment. One of our top booking agents will be happy to work on your behalf to get you the best possible price to book any big name entertainer for your upcoming public, private or corporate event worldwide.

Booking Entertainment works to get the best possible John Oliver booking fee and John Oliver price for our clients while also providing the celebrity or famous entertainer with the level of professionalism and industry norms that they expect from an event run by a professional booking agency and production management.

Booking Entertainment uses our agency / management relationships and over 25 years of production experience to help buyers of headline / top name entertainers and does not claim or represent itself as the exclusive John Oliver agent, manager or management company for any of the artists on our site.

Booking Entertainment does not claim or represent itself as the exclusive booking agency, business manager, publicist, speakers bureau or management for John Oliver or any artists or celebrities on this website.