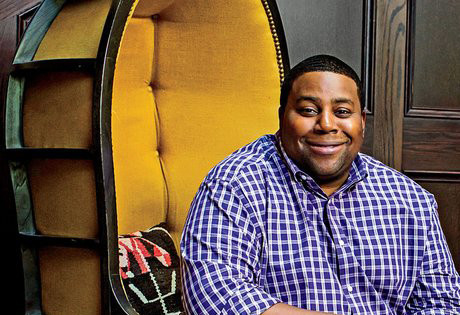 Start by filling out our no-obligation entertainment request form to check pricing and availability for Kenan Thompson or whoever else you may want.

Our Kenan Thompson agent will be happy to help you get Kenan Thompson's availability and booking fee, or the price and availability for any other A-List entertainer, band, comedian or celebrity you may want for your corporate event, private party, wedding, birthday party or public show.

The American actor Kenan Thompson was born in 1978 in Atlanta, Georgia. Long before Kenan rose to fame as a cast member on Saturday Night Live, Kenan grew up enamored with film and stage, appearing in his first school productions when he was still a young teen. His earliest breakthrough came after he was offered a role on the television series All That, which was followed by a role on Kenan & Kel and then his first film role in the movie D2: The Mighty Ducks.

Small roles in a number of films followed, including: Good Burger (1997), Big Fat Liar (2002), and The Master of Disguise (2002), until in 2003, Kenan Thompson joined the cast of Saturday Night Live. Kenan has remained with the show for eleven full seasons, becoming one of the show’s longest remaining cast members, and has given audiences some of the show’s most memorable recurring characters, including his impressions of Star Jones-Reynolds and Wanda Skyes. During his tenure at SNL, Kenan has also continued to appear in a variety of films, including: Fat Albert (2004), Snakes on a Plane (2006), Stan Helsing (2009), and The Magic of Belle Isle (2012.)

Kenan Thompson continues to appear on Saturday Night Live regularly. Although he had initially announced his departure in 2014, he remained on the show at the request of its producers. He also voices the character of Austin “Impresario” Sullivan on the series The Awesomes. Thompson’s most recent film appearance is in movie Opposite Sex (2014), in the role of Mitch. Thompson is scheduled to voice the character of Greedy Smurf in the upcoming Smurfs movie reboot, scheduled for release in 2016.  He had previously voiced the same character for the previous Smurfs movie.

For more information on booking Kenan Thompson, please contact Booking Entertainment. One of our top booking agents will be happy to work on your behalf to get you the best possible price to book any big name entertainer for your upcoming public, private or corporate event worldwide.

Booking Entertainment works to get the best possible Kenan Thompson booking fee and Kenan Thompson price for our clients while also providing the celebrity or famous entertainer with the level of professionalism and industry norms that they expect from an event run by a professional booking agency and production management.

Booking Entertainment uses our agency / management relationships and over 25 years of production experience to help buyers of headline / top name entertainers and does not claim or represent itself as the exclusive Kenan Thompson agent, manager or management company for any of the artists on our site.

Booking Entertainment does not claim or represent itself as the exclusive booking agency, business manager, publicist, speakers bureau or management for Kenan Thompson or any artists or celebrities on this website.