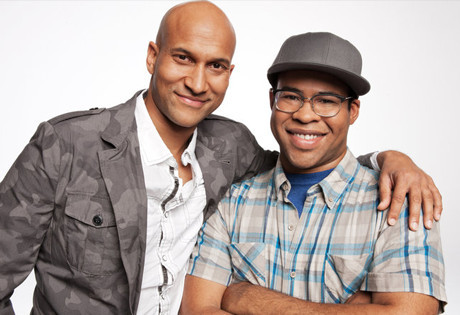 Start by filling out our no-obligation entertainment request form to check pricing and availability for Key & Peele or whoever else you may want.

Our Key & Peele agent will be happy to help you get Key & Peele's availability and booking fee, or the price and availability for any other A-List entertainer, band, comedian or celebrity you may want for your corporate event, private party, wedding, birthday party or public show.

The enormously popular sketch comedy series Key & Pelle premiered in January of 2012 on Comedy Central. In the few years since its premiere, the show has grown to become one of comedy’s most recognized and commercially successful series, drawing millions of viewers with regularity.

Keegan-Michael Kay and Jordan Peele are the brilliance behind the success of the show. Both bring to the series extensive and impressive resumes in the comedy industry. Kay was born and raised in the Detroit area of Michigan, where after graduation he attended the University of Detroit and then later Pennsylania State University to earn his Master of Fine Arts in acting. Peele attended Sarah Lawrence College, graduating in 2001 and moving on to perform comedy in Amsterdam and Chicago. Key has also appeared in a number of films, including: Horrible Bosses 2, Let’s Be Cops, and Tomorrowland. Alongside Peele, he is scheduled to appear in an upcoming Judd Apatow film.

Both Kay and Peele joined the cast of MADtv together, and it wasn’t long before their chemistry in working together became apparent. Thus, Key & Peele was born. The show features about seven pre-recorded sketches per show, and multiple recurring characters. Notable characters include; Wendell Sanders, an overweight sci-fi fanatic; Mr. Garvey, the substitute teacher; Rafi, the baseball player; Karim and Jahar, the Middle Eastern men; Metta World Peace, the NBA player; The Black Republicans; and Barack Obama and his “Anger Translator,” which was performed on one occasion for the actual president himself, much to his delight.

Key & Peele won its first Peabody Award in 2013, and in the same year was nominated for a Writers Guild Award. The show continues to receive critically acclaim and has been renewed for another season.

For more information on booking Key & Peele, please contact Booking Entertainment. One of our top booking agents will be happy to work on your behalf to get you the best possible price to book any big name entertainer for your upcoming public, private or corporate event worldwide.

Booking Entertainment works to get the best possible Key & Peele booking fee and Key & Peele price for our clients while also providing the celebrity or famous entertainer with the level of professionalism and industry norms that they expect from an event run by a professional booking agency and production management.

Booking Entertainment uses our agency / management relationships and over 25 years of production experience to help buyers of headline / top name entertainers and does not claim or represent itself as the exclusive Key & Peele agent, manager or management company for any of the artists on our site.

Booking Entertainment does not claim or represent itself as the exclusive booking agency, business manager, publicist, speakers bureau or management for Key & Peele or any artists or celebrities on this website.