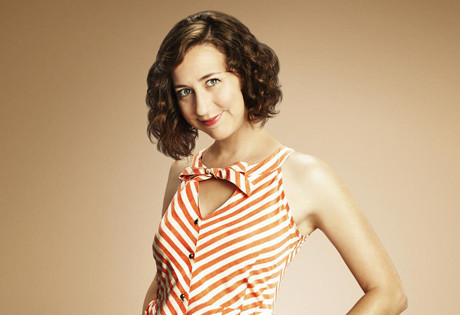 Start by filling out our no-obligation entertainment request form to check pricing and availability for Kristen Schaal or whoever else you may want.

Our Kristen Schaal agent will be happy to help you get Kristen Schaal's availability and booking fee, or the price and availability for any other A-List entertainer, band, comedian or celebrity you may want for your corporate event, private party, wedding, birthday party or public show.

The actress and comedian Kristen Schaal was born in 1978 in Longmont, Colorado. Schaal grew up on the family cattle farm outside of the Boulder area, until she left for Northwestern University to pursue studies as an actress. After graduating, she moved to New York and began performing around the city at various comedy venues, earning critical acclaim and awards along the way.

Shortly after the turn of the millennium, Kristen Schaal began to appear in small roles, both in film and on television. Her debut was in a small role in the film Kate & Leopold in 2001, after which time she appeared in Adam & Steve (2005) and roles on various television shows, including: Ugly Betty, Six Degrees, Law & Order, and Mad Men. In 2006, Kristen Schaal was offered the role of Mel on the HBO series Flight of the Conchords, a role which has since earned her a nomination for Best Supporting Actress in a Comedy Series.

In addition to Flight of the Conchords, Kristen Schaal has also appeared as a commentator on the Daily Show and in the role of Louise Belcher on the animated series Bob’s Burgers. Additional films featuring Schaal include: When in Rome (2010), Valentine’s Day (2010), Get Him to the Greek (2010), and Butter (2011.) Schaal also published her first book, The Sexy Book of Sexy Sex, in 2010.

Most recently, Kristen Schaal began appearing on the Hulu series The Hotwives of Orlando. She can also be seen on the FOX comedy series The Last Man on Earth, which premiered in 2015.

For more information on booking Kristen Schaal, please contact Booking Entertainment. One of our top booking agents will be happy to work on your behalf to get you the best possible price to book any big name entertainer for your upcoming public, private or corporate event worldwide.

Booking Entertainment works to get the best possible Kristen Schaal booking fee and Kristen Schaal price for our clients while also providing the celebrity or famous entertainer with the level of professionalism and industry norms that they expect from an event run by a professional booking agency and production management.

Booking Entertainment uses our agency / management relationships and over 25 years of production experience to help buyers of headline / top name entertainers and does not claim or represent itself as the exclusive Kristen Schaal agent, manager or management company for any of the artists on our site.

Booking Entertainment does not claim or represent itself as the exclusive booking agency, business manager, publicist, speakers bureau or management for Kristen Schaal or any artists or celebrities on this website.