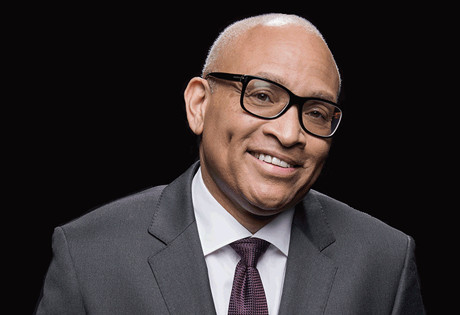 Start by filling out our no-obligation entertainment request form to check pricing and availability for Larry Wilmore or whoever else you may want.

Our Larry Wilmore agent will be happy to help you get Larry Wilmore's availability and booking fee, or the price and availability for any other A-List entertainer, band, comedian or celebrity you may want for your corporate event, private party, wedding, birthday party or public show.

The American comedian and producer Larry Wilmore was born in 1961 in Los Angeles. Long before he became a frequent face on The Daily Show and the host of The Nightly Show with Larry Wilmore, Larry grew up interested in subjects outside of the entertainment field, including magic, science, and fantasy, but by the time he entered California State Polytechnic University, he’d chosen to pursue studies in theater. Ultimately, Wilmore chose to leave school to pursue a career as a comedian full-time in the 1980’s.

Throughout the 80’s, Larry was a familiar face on a number of television shows in small recurring roles, and he also quickly became a growing presence behind the scenes as a writer. One of Wilmore’s earliest gigs was on the innovative comedy series In Living Color, which led to numerous other writing jobs, including work on The Jamie Foxx Show and The Fresh Prince of Bel-Air. Within a few years, Wilmore had moved into producing as well, earning an Emmy for his work on The Bernie Mac Show and serving as consulting producer for the hit series The Office. For his talents and influence, throughout the 1990’s and into the 2000’s Larry Wilmore was recognized for his achievements in writing and producing with numerous awards, including multiple NAACP Image Awards, Writers Guild of America Awards, People’s Choice Awards, and Emmy Awards.

It wasn’t until 2006 that Wilmore began to appear on The Daily Show as one of the show’s “correspondents,” and he quickly grew to become known for his quick wit and specialty in addressing issues of the African American experience in America. In early 2015, Larry Wilmore’s own late night talk show, The Nightly Show with Larry Wilmore, premiered on the Comedy Central, produced by Busboy Productions, Jon Stewart’s production company.

For more information on booking Larry Wilmore, please contact Booking Entertainment. One of our top booking agents will be happy to work on your behalf to get you the best possible price to book any big name entertainer for your upcoming public, private or corporate event worldwide.

Booking Entertainment works to get the best possible Larry Wilmore booking fee and Larry Wilmore price for our clients while also providing the celebrity or famous entertainer with the level of professionalism and industry norms that they expect from an event run by a professional booking agency and production management.

Booking Entertainment uses our agency / management relationships and over 25 years of production experience to help buyers of headline / top name entertainers and does not claim or represent itself as the exclusive Larry Wilmore agent, manager or management company for any of the artists on our site.

Booking Entertainment does not claim or represent itself as the exclusive booking agency, business manager, publicist, speakers bureau or management for Larry Wilmore or any artists or celebrities on this website.