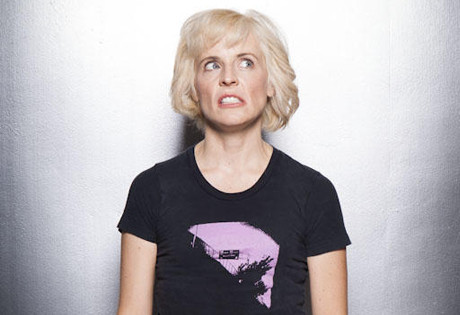 Start by filling out our no-obligation entertainment request form to check pricing and availability for Maria Bamford or whoever else you may want.

Our Maria Bamford agent will be happy to help you get Maria Bamford 's availability and booking fee, or the price and availability for any other A-List entertainer, band, comedian or celebrity you may want for your corporate event, private party, wedding, birthday party or public show.

Maria Bamford was born in 1970 in California. Bamford grew up in Duluth, Minnesota, and after graduating from the University of Minnesota with a degree in Creative Writing, she embarked on a career in comedy, performing stand-up in Minneapolis.

After joining a comedy troupe, Maria began appearing on television shows throughout the 1990’s and into the new millennium, including: Comic Remix, Conan, Dharma & Greg, Louie, Premium Blend, The Trouble with Normal,  The Sarah Silverman Program, and the Kroll Show. Bamford’s film appearances include: Lucky Numbers (2000), Stuart Little 2 (2002), Open Season (2006), Barnyard (2006), and Heckler (2007.)

Maria Bamford has performed her stand-up on some of the most notable late-night talk shows, including Jimmy Kimmel Live, and she has been featured on a number of comedy programs, including The Comedians of Comedy on Comedy Central. Her CD releases include The Burning Bridges Tour (2005), How to WIN! (2007), and Unwanted Thoughts Syndrome (2009.) An active participant on radio and podcast, her voice can also be heard on The Bob & Tom Show (2009), WTF with Marc Maron (2009), The Dark Forest with Jackie Kashian (2009), The Sound of Young America (2011), Sklarbro Country (2011), and the Mental Illness Happy Hour (2012.) She has also voiced a number of animated television characters for a variety of shows, including Adventure Time and WorldGirl.

Bamford currently voices the character of Pema on the show The Legend of Korra for the Nickelodeon network. She continues to perform stand-up and make appearances on a variety of television and radio programs.

For more information on booking Maria Bamford , please contact Booking Entertainment. One of our top booking agents will be happy to work on your behalf to get you the best possible price to book any big name entertainer for your upcoming public, private or corporate event worldwide.

Booking Entertainment works to get the best possible Maria Bamford booking fee and Maria Bamford price for our clients while also providing the celebrity or famous entertainer with the level of professionalism and industry norms that they expect from an event run by a professional booking agency and production management.

Booking Entertainment uses our agency / management relationships and over 25 years of production experience to help buyers of headline / top name entertainers and does not claim or represent itself as the exclusive Maria Bamford agent, manager or management company for any of the artists on our site.

Booking Entertainment does not claim or represent itself as the exclusive booking agency, business manager, publicist, speakers bureau or management for Maria Bamford or any artists or celebrities on this website.