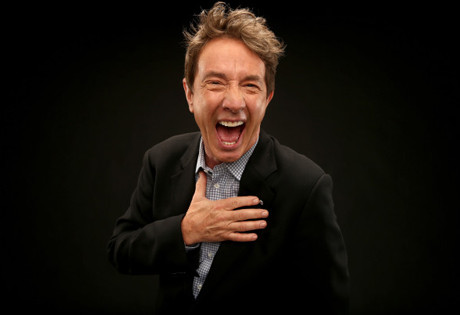 Start by filling out our no-obligation entertainment request form to check pricing and availability for Martin Short or whoever else you may want.

Our Martin Short agent will be happy to help you get Martin Short's availability and booking fee, or the price and availability for any other A-List entertainer, band, comedian or celebrity you may want for your corporate event, private party, wedding, birthday party or public show.

Martin Short was born in 1950 in Hamilton, Ohio. After graduating from college with a degree in social work in 1972, Martin joined the cast of the play Godspell, performing in Toronto, and decided to pursue a career in acting instead. Dozens of small roles in plays and on television followed, and Short remained in Canada until 1979, when he returned to the United States to star in the sitcom The Associated.

A role on the show I’m a Big Girl Now in 1980 followed, and then came Martin Short’s big breakthrough with the television show Second City Television, or SCTV. Martin remained with SCTV until 1984, when he moved to Saturday Night Live, where he developed some of the show’s most memorable characters, including: Ed Grimley, Irving Cohen, Brock Linehan, and Nathan Thurm. As it has been for so many other comedians, SNL launched Martin Short’s career, and by the mid 1980’s, he was in demand for not only television appearances, but major film roles as well, resulting in his appearance in Innerspace (1985) and Three Amigos (1986.)

Martin Short has also made his mark on the stage, appearing in The Goodbye Girl (1993), Little Me (1999), The Producers (2003), and Martin Short: Fame Becomes Me. For his roles onstage he has earned two Tony nominations, with one win. Martin Short has also earned: an Emmy for Outstanding Writing in a Variety of Music Program, SCTV Comedy Network (1983), an Outer Critics Circle Award for his performance in The Goodbye Girl (1993), A Queen Elizabeth II Golden Jubilee Medal (2002), and an Emmy nomination for Outstanding Supporting Actor in a Drama Series for his role on Damages (2010.)

Short also continues to tour as a one-man show, and has plans to write his memoir in the next few years.

For more information on booking Martin Short, please contact Booking Entertainment. One of our top booking agents will be happy to work on your behalf to get you the best possible price to book any big name entertainer for your upcoming public, private or corporate event worldwide.

Booking Entertainment works to get the best possible Martin Short booking fee and Martin Short price for our clients while also providing the celebrity or famous entertainer with the level of professionalism and industry norms that they expect from an event run by a professional booking agency and production management.

Booking Entertainment uses our agency / management relationships and over 25 years of production experience to help buyers of headline / top name entertainers and does not claim or represent itself as the exclusive Martin Short agent, manager or management company for any of the artists on our site.

Booking Entertainment does not claim or represent itself as the exclusive booking agency, business manager, publicist, speakers bureau or management for Martin Short or any artists or celebrities on this website.