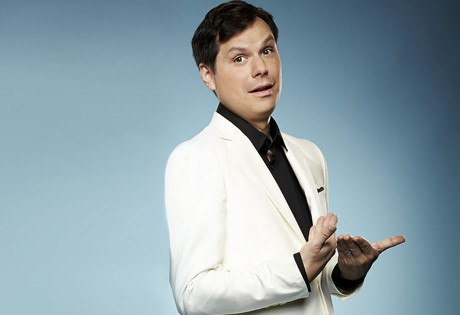 Start by filling out our no-obligation entertainment request form to check pricing and availability for Michael Ian Black or whoever else you may want.

Michael Ian Black was born 1971 in Chicago, Illinois.  After leaving the Tisch School of the Arts at New York University, Black began his career performing stand-up in the New York area, and then launched his career in comedy entertainment as a member of the Slate on MTV. The Slate led to roles on Viva Variety and in the film Wet Hot American Summer, and in 2004, Black co-starred in the series Stella on Comedy Central.

From there, Black went on to appear in a number of films and television shows, including:  Adult Swim, Tom Goes to the Mayor, Robot Chicken, Crank Yankers, Reno 911!, The Ten, Reaper, and Reality Bites Back. He wrote the screenplays to Wedding Daze (2006) and Run, Fat Boy, Run (2007), and directed the former. He also developed the show Michael Ian Black Doesn’t Understand for Comedy Central in 2009, and began his own podcast, Mike and Tom Eat Snacks, in 2010.

In addition to writing for film and television, Michael Ian Black has also published two books, My Custom Van… And 50 Other Mind-Blowing Essays that Will Blow Your Mind All Over Your Face (2008), and America, You Sexy Bitch: A Love Letter to Freedom (2012.) He has also written a children’s book, Chicken Cheeks, which appeared on the shelves in 2009.

For more information on booking Michael Ian Black , please contact Booking Entertainment. One of our top booking agents will be happy to work on your behalf to get you the best possible price to book any big name entertainer for your upcoming public, private or corporate event worldwide.

Booking Entertainment works to get the best possible Michael Ian Black booking fee and Michael Ian Black price for our clients while also providing the celebrity or famous entertainer with the level of professionalism and industry norms that they expect from an event run by a professional booking agency and production management.

Booking Entertainment uses our agency / management relationships and over 25 years of production experience to help buyers of headline / top name entertainers and does not claim or represent itself as the exclusive Michael Ian Black agent, manager or management company for any of the artists on our site.

Booking Entertainment does not claim or represent itself as the exclusive booking agency, business manager, publicist, speakers bureau or management for Michael Ian Black or any artists or celebrities on this website.