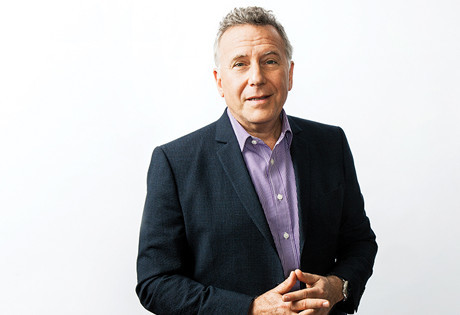 Start by filling out our no-obligation entertainment request form to check pricing and availability for Paul Reiser or whoever else you may want.

Our Paul Reiser agent will be happy to help you get Paul Reiser's availability and booking fee, or the price and availability for any other A-List entertainer, band, comedian or celebrity you may want for your corporate event, private party, wedding, birthday party or public show.

The American actor, comedian, and writer Paul Reiser was born in 1957 in New York City. Long before Reiser rose to fame as one of the era’s most cherished comedians and television stars, he grew up in New York originally with aspirations to become a musician. After graduating from high school, Paul attended Binghamton University, where he received his degree in music composition.

During his studies, Reiser became active in the school’s student theater productions, where he discovered that he had a knack for acting, specifically comedy. After leaving Binghamton, Paul Reiser returned to New York to begin performing stand-up, which led to his breakthrough in 1982. His first role, in Barry Levinson’s classic film, Diner, led to a significant amount of attention from Hollywood, and the offers for roles began to come quickly.

After Diner, Paul Reiser appeared in Beverly Hills Cop (1984), Aliens (1986), The Marrying Man (1991), Bye Bye Love (1995), and Beverly Hills Cop II (1987.) In 1992, Paul Reiser began his appearance on the television series Mad About You, starring as Paul Buchman. The show was an enormous hit, and made Resier a household name throughout North America, earning him nominations for a Screen Actors Guild Award, an American Comedy Award, a Golden Globe Award, and an Emmy Award.

Since that time, Paul Reiser has continued to act and perform as one of the country’s most successful and acclaimed artists. Since Mad About You concluded it’s seven year run in 1999, Reiser has continued to appear in a number of films, most recently in the Academy Award winning film Whiplash (2014.) Reiser ranks on Comedy Central’s list of 100 Greatest Stand-ups of All Time. His most recent projects, the film Concussion and the film The Devil and the Deep Blue Sea, are scheduled for release in late 2015 or early 2016.

For more information on booking Paul Reiser, please contact Booking Entertainment. One of our top booking agents will be happy to work on your behalf to get you the best possible price to book any big name entertainer for your upcoming public, private or corporate event worldwide.

Booking Entertainment works to get the best possible Paul Reiser booking fee and Paul Reiser price for our clients while also providing the celebrity or famous entertainer with the level of professionalism and industry norms that they expect from an event run by a professional booking agency and production management.

Booking Entertainment uses our agency / management relationships and over 25 years of production experience to help buyers of headline / top name entertainers and does not claim or represent itself as the exclusive Paul Reiser agent, manager or management company for any of the artists on our site.

Booking Entertainment does not claim or represent itself as the exclusive booking agency, business manager, publicist, speakers bureau or management for Paul Reiser or any artists or celebrities on this website.