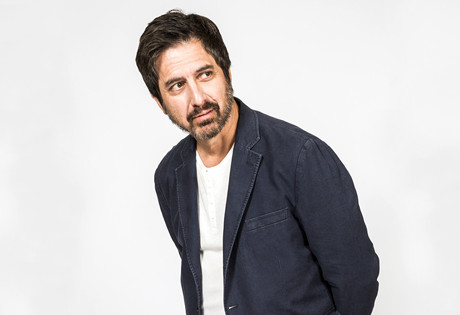 Start by filling out our no-obligation entertainment request form to check pricing and availability for Ray Romano or whoever else you may want.

Our Ray Romano agent will be happy to help you get Ray Romano's availability and booking fee, or the price and availability for any other A-List entertainer, band, comedian or celebrity you may want for your corporate event, private party, wedding, birthday party or public show.

Ray Romano was born in 1957 in Queens, New York. He attended Queens College and originally pursued a career path in accounting, although his talent for comedy would detour that after only a few years of study. After competing in the Johnnie Walker Comedy Search in 1989, Ray Romano began seeking other opportunities to compete and showcase his skills, including Star Search and the Late Show with David Letterman. These appearances not only established a fan base, but also led to strong relationships with the show’s networks.

When CBS approached Romano with the idea for a show, Everybody Loves Raymond was born, and eventually became the series with which he is most associated. As a smash hit, the show brought Ray Romano instant stardom, eventually elevating him to the highest paid television actor in history on one of the highest-rated television shows in existence. In addition to Everybody Loves Raymond, however, Romano has also enjoyed roles in a number of shows and films both before and since its success, including: The King of Queens (1998-2005), Eulogy (2004), Grilled (2006), The Last Word (2008), Men of a Certain Age (2009-2011), Parenthood (2012), and all of the Ice Age movies (2002, 2009, and 2012.) Romano also became the focus of the documentary film 95 Miles to Go (2010), showcasing his experiences while traveling across the country.

Ray Romano continues to act and produce, but has not neglected his original stand-up roots. He can still be found doing live comedy on a regular basis, much to the delight of his fans.

For more information on booking Ray Romano, please contact Booking Entertainment. One of our top booking agents will be happy to work on your behalf to get you the best possible price to book any big name entertainer for your upcoming public, private or corporate event worldwide.

Booking Entertainment works to get the best possible Ray Romano booking fee and Ray Romano price for our clients while also providing the celebrity or famous entertainer with the level of professionalism and industry norms that they expect from an event run by a professional booking agency and production management.

Booking Entertainment uses our agency / management relationships and over 25 years of production experience to help buyers of headline / top name entertainers and does not claim or represent itself as the exclusive Ray Romano agent, manager or management company for any of the artists on our site.

Booking Entertainment does not claim or represent itself as the exclusive booking agency, business manager, publicist, speakers bureau or management for Ray Romano or any artists or celebrities on this website.